Vikings Could Have a Flex in Week 11 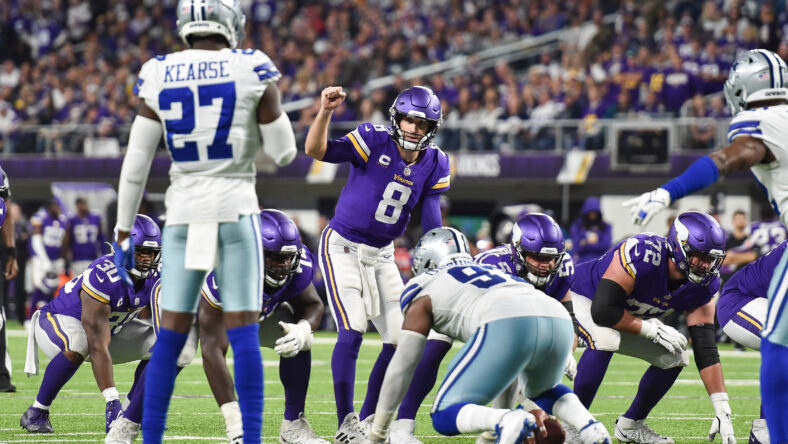 The Minnesota Vikings host the Dallas Cowboys in Week 11, but the time for the contest is now up in the air thanks to winning records from each team.

The teams are scheduled to play on November 20th at 3:25 pm CST. However, as the Vikings are 6-1 and the Cowboys 6-2 through eight weeks, the matchup may be juicy enough to flex into primetime — Sunday Night Football.

The NFL reserves the right for such switches around this time in a season. The rules?

“Flexible scheduling” will be used in Weeks 11-18. Additionally, in Weeks 5-10, flexible scheduling may be used in no more than two weeks. In Weeks 5-17, the schedule lists the games tentatively set for Sunday Night Football on NBC. Only Sunday afternoon games are eligible to be moved to Sunday night, in which case the tentatively scheduled Sunday night game would be moved to an afternoon start time.

And according to Chris Tomasson from the Pioneer Press, Vikings-Cowboys, in two and a half weeks, could be a candidate for the procedure. Tomasson tweeted Wednesday, “Vikings (6-1) Nov. 20 home game vs. Dallas (6-2) is on the list of games eligible to be flexed. It’s now set for CBS at 3:25 p.m. (CBS also has Chiefs at Chargers then). The Sunday night game on Nov. 20 is Cincinnati at Pittsburgh. But Vikings-Cowboys would be more attractive.”

The Bengals, who are slated to play at the Steelers, are 4-4 with eyes ogling the postseason after an unexpected Super Bowl trip last year. Pittsburgh, on the other hand, is tunneling toward its first losing season since 2003 with a 2-6 record through eight games.

Therefore, a tantalizing matchup between the Vikings and Cowboys might be just what the doctor ordered for the NFL and its SNF appetite.

For now, Dallas is playing second fiddle to the undefeated Philadelphia Eagles in the NFC East but is in total command of a wildcard playoff spot. Dallas is equally balanced, humming on offense and defense, while quarterback Dak Prescott hits his groove after returning from injury.

Minnesota has a stranglehold on the NFC North, as the Green Bay Packers have lost four straight games. In fact, the Vikings have -1000 odds per sportsbooks to claim the division — for the first time since 2017.

So, if you’re traveling to Minneapolis for Vikings-Cowboys, begin adjusting your plan accordingly to possibly witness a night game starting at 7:20 pm CST, not 3:25 pm CST.

Prices per ticket for the game start at $176 a pop on NFL Ticket Exchange as of November 2nd.