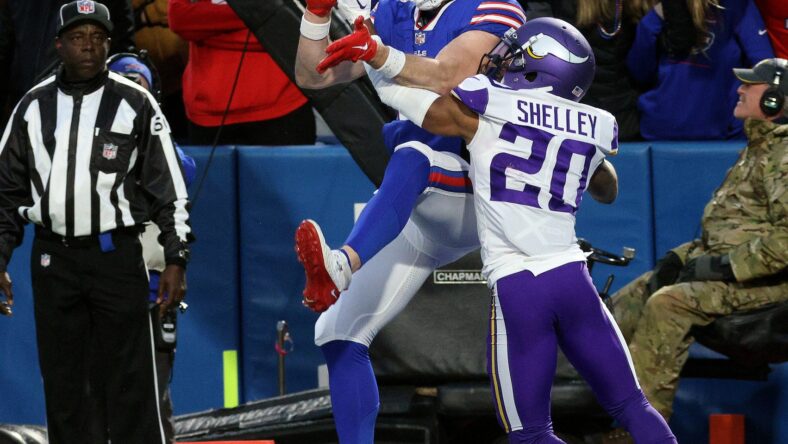 The Minnesota Vikings completed an improbable comeback victory over the Buffalo Bills on Sunday. Along the way, many players made massive plays to help erase the 17-point second half deficit.

The immediate names that come to mind include Dalvin Cook, Justin Jefferson, Patrick Peterson, etc. However, without CB Duke Shelley, the Vikings would not have won that game. For his efforts, the Vikings CB has been crowned “Duke of Buffalo”.

During the overtime period with the Vikings leading 33-30, the Buffalo Bills were driving down the field on the way to a potential game-winning touchdown. Josh Allen and the Bills offense had the ball in the red zone, and it seemed that Minnesota had no answers for the passing game.

That is, until Duke Shelley, who had played zero defensive snaps during the 2022 season, came in. The 5’9, 176-pound CB got matched up onto 6’4, 254-pound TE Dawson Knox, an assignment that should have been a mismatch by any measure.

Allen threw a pass to Knox in the endzone that should have spelled victory for the Bills and ended the Vikings winning streak. Instead, Shelley guarded the player that had seven inches and nearly 80 pounds on him absolutely perfectly. He broke up the pass, saving the Vikings hopes for a win.

On the very next play, Patrick Peterson sealed the win for Minnesota with his second interception of the day. We can talk about all the other big plays that happened throughout this game, but none of them matter if Shelley, who had been on the Vikings active roster for 24 hours, hadn’t made the play of his life.

For his efforts, apparently, someone took to Wikipedia to update Shelley’s page with an apropos description of what happened on Sunday:

“On Sunday Nov 13, Duke committed Grand theftery in the endzone and was named duke of Buffalo by the Viking horde.”

Since then, the “Duke of Buffalo” no longer has that title on his Wikipedia page. However, we shall always remember Shelley for his efforts in this game. Given the fact that he is now on the Vikings active roster full-time, we should see more action from him on the defensive side moving forward. Perhaps he can sheriff the Dallas Cowboys this weekend. 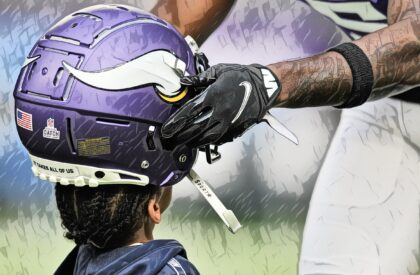 Also Read:
The 2022 Vikings, According to All National Power Rankings: Week 11