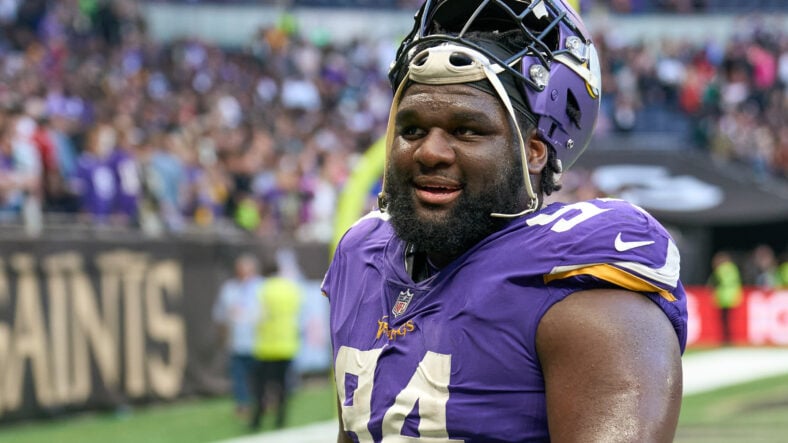 The Minnesota Vikings lead the NFC North Division with a 4-1 record. They are the only team in football with a perfect 3-0 record within their division, and they’ve now racked up wins against each of their opponents. That level of control allows Kevin O’Connell’s team to control their own destiny.

Starting in Week 1, Kirk Cousins and the Vikings came out fighting. It was a game Minnesota ultimately wound up being favored, but facing an Aaron Rodgers-led Green Bay Packers team is never an easy task. Although top wide receiver Allen Lazard was out, Minnesota put the throttle down and never allowed Green Bay to be remotely close.

Tilts against the Detroit Lions and Chicago Bears were substantially less convincing. Cousins needed to orchestrate a fourth-quarter, come-from-behind drive in both scenarios, and the Lions game was one where the Vikings never led until the final 45 seconds. Despite a strong start against Chicago, Ed Donatell’s defense eventually broke, and another late comeback was necessary.

Ultimately, what matters is the results in the win column, and Minnesota has captured those. Even if they hadn’t laid an absolute egg against the Philadelphia Eagles, winning on the road against such a good team (currently the only remaining undefeated squad) was always going to be an uphill battle.

2017 was the last time Minnesota captured an NFC North Division title, and while they’ve finished 2nd in three of the four seasons since, it has always felt like they were one tier below Green Bay. It wasn’t enough to just beat Matt LaFleur’s team in a highly-anticipated Week 1. The Vikings needed to substantiate that result by continuing with strong outcomes in the following weeks. So far, they’ve done exactly that.

Now having made it through the home portion of their divisional schedule while holding serve, they’ll need to get things right on the road.

Chicago and Detroit have looked more hapless than not and making sure there isn’t an opportunity to get behind or need a comeback is the next step in those games. Soldier Field has often been a nightmare for Minnesota, and a good team like this can’t allow that to be true in 2022. One would think Green Bay will begin to figure things out, but Rodgers is ultimately dragging that team through their own mud. Having put themselves in such a solid position to this point, O’Connell guiding the group to the finish line is a must.

The Vikings have seven weeks before they seem a repeat foe, and the better they can fare in those contests will set up momentum for what could be a special finish.