The Vikings Top Defensive Performers at Eagles, per PFF 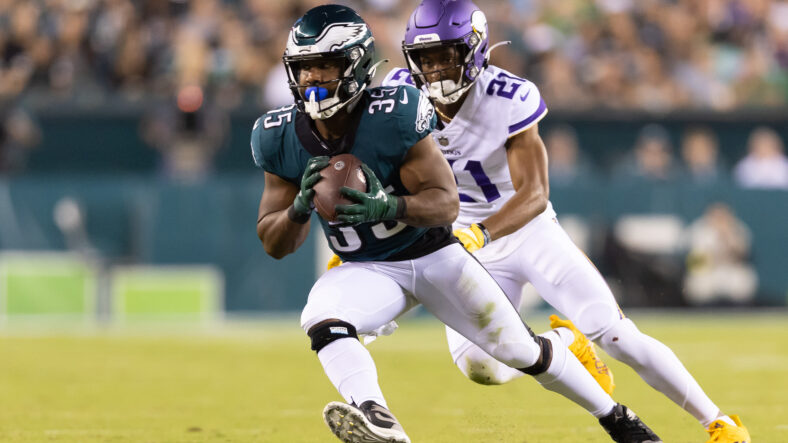 The Minnesota Vikings lost to the Philadelphia Eagles on Monday night, 24-7, with a dreary performance following the Week 1 triumph over the Green Bay Packers.

Defensive futility and offensive ineptitude in the 2nd Half hampered Kevin O’Connell’s second career game as head coach, while the special teams group was the sole highlight. Punter Ryan Wright (49.2 yards per punt) did his job, while cornerback Patrick Peterson tried to drag the Vikings back into the game with a blocked field goal.

But no cigar, as Minnesota’s road problems on Monday Night Football continue.

Most of the Vikings individual defensive performances were masked by team futility — and rightfully so. Minnesota allowed 486 yards of total offense to the Eagles — most in the 1st Half, setting the tone for the game — so winning the contest seemed doomed from the start. Still, Za’Darius Smith led the way with a commendable PFF grade along with two tackles, a tackle for loss, and a quarterback hit.

Cameron Dantzler actually looked wonderful in the game, making defiant-feeling tackles while the rest of the defense twiddled thumbs. He finished with four total tackles.

Perhaps the most exciting name on this list? Akayleb Evans. Fellow rookie Andrew Booth missed the game due to a quad injury, and Evans received snaps accordingly. Plus, Evans is listed ahead of Booth on the depth chart. The rookie 4th-Rounder played 21 defensive snaps, recording two tackles.

Danielle Hunter had six tackles, a tackle for loss, and a quarterback hit, a similar statline to his “Meet at the Quarterback” buddy, Za’Darius Smith. Hunter and Smith battled the best offensive line in football for three hours.

Finally, Patrick Peterson’s night will be remembered for the aforementioned field goal block, which should’ve been a call to arms in wiggling back into the game. However, the offense went to sleep in the 3rd and 4th Quarters, disabling any comeback attempt.

After Week 2, the Vikings defense ranks 15th in the NFL per defensive EPA/Play.