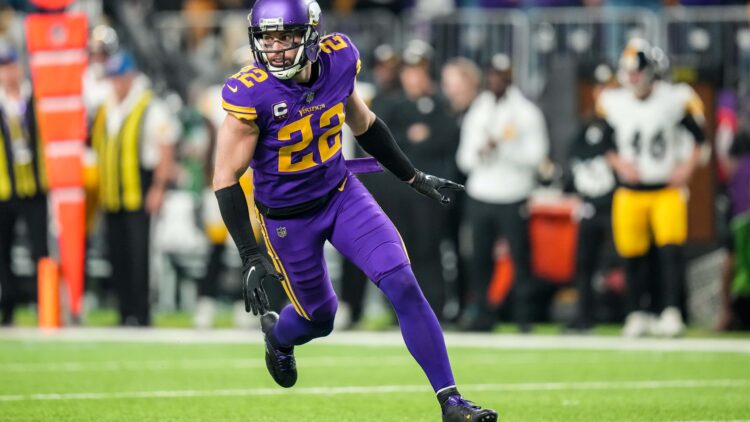 This is the Vikings probability meter before Week 1 against the Green Bay Packers.

The most generous of them all, Football Outsiders actually predicts Minnesota to oust Green Bay from its three-year-long NFC North stranglehold. The Vikings are evidently on deck for a 10-7 record with a division crown to boot. The bigger story here is FO‘s lack of enthusiasm for the Packers.

Unlike Football Outsiders, FiveThirtyEight is still all-in on the Packers, leaving the wildcard crumbs for the Vikings. Still, a 54% probability of reaching the postseason is noteworthy for the Vikings, a team that has missed the playoffs two years consecutively.

Interestingly, FiveThirtyEight is unusually high on the Miami Dolphins, so jot that down for good measure.

Most credible sportsbooks settle around a -115 moneyline for Minnesota to visit the postseason, which translates to 53.5%. That percentage and moneyline have climbed in recent months as bettors have flocked to wager on the Vikings “over” win total.

This site takes a more rudimentary approach to the calculation, not necessarily factoring in predictive performance. But in the interest of fairness and sheer math, PlayoffStatus.com was included for a broader view.

The Vikings play the Packers on Sunday at U.S. Bank Stadium. Minnesota, like most teams, historically has a much better chance of reaching the playoffs when it wins the first game of the season.