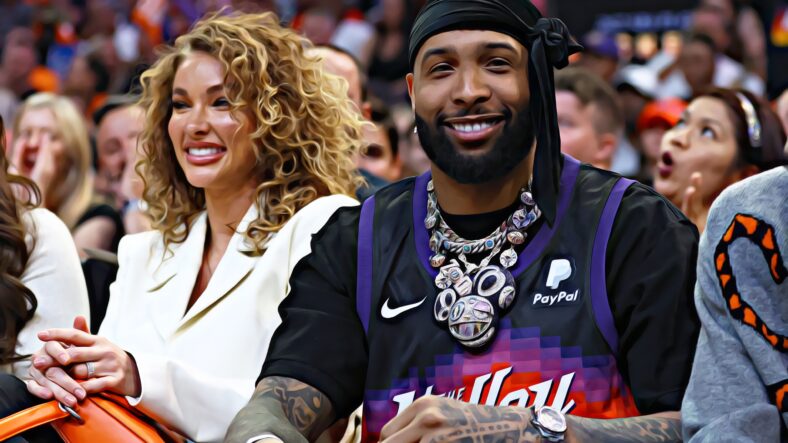 Wide receiver Odell Beckham tore his ACL and won a Super Bowl on the same February night eight months ago — and is now shopping for a new team.

Beckham, a free agent, is expected to sign with a team any day (or week) and physically return to a football field in November, perhaps around Thanksgiving.

And while Minnesota Vikings fans have feverishly banged the drum to turn Beckham purple this week — Vikings head coach Kevin O’Connell worked with the LSU alumnus in Los Angeles — sportsbooks had no serious odds for the relationship. Like — none.

For now, if your desire is for Beckham to join the Vikings, that is a you thing. Vegas doesn’t set odds for poop and giggles, and it has no viable path for the man to end up with the Vikings.

Why? Well, probably because the Vikings front office has no money. The club ranks last in the NFL per available cap space. Plus, if the Vikings plan to sign any free agents or pull off any trades before the November 1st deadline, others positions need more attention — not WR. Minnesota could improve at defensive tackle, cornerback, and perhaps linebacker.

Still, Vikings fans envision a scenario where Beckham jaunts to Minnesota, fueled by speculative social media tidbits like this:

But, according to oddsmakers, the reality of Beckham-to-Vikings is virtually nonexistent. Per Covers.com, these are the genuine contenders for Beckham’s free agency:

Do you see the Vikings on the list? Nope.

KSTP’s Darren Wolfson said about the situation this week, “What I know is, as of right now, there just isn’t any steam. There just isn’t. And if I had to bet, Odell Beckham Jr. does not land [in Minnesota].”

Ergo, in a nutshell, this is the common-sense standing about Beckham’s free agency and the Vikings:

The Vikings are 5-1 through six games of 2022, with a 92% probability of reaching the playoffs, per FiveThirtyEight.com.