The Saints Will Physically Look Different against Vikings in London 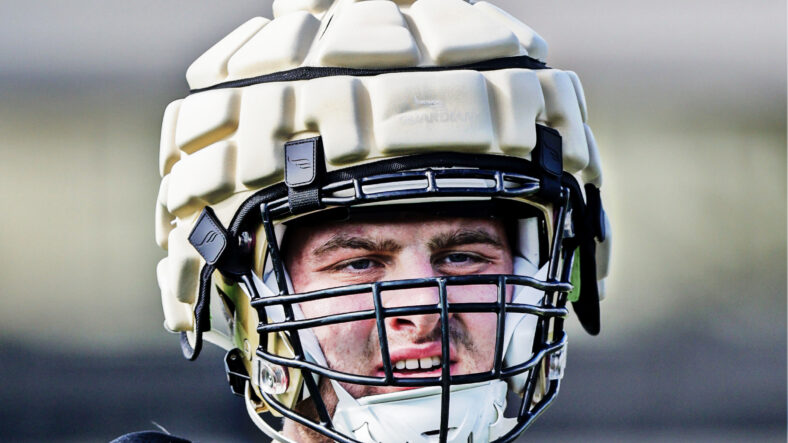 The Minnesota Vikings and New Orleans Saints will put undefeated England streaks on the line in Week 4 of the 2022 regular season. Neither team has lost a game in London, tallying a spotless 4-0 combined record since play began across the pond.

And when the Saints take the field, the franchise will physically look different, showcasing custom black helmets for the first time.

Several NFL teams have announced alternate helmets for the 2022 campaign (meanwhile, the Vikings are not among the participants as of early August). New Orleans’ helmet will look like this on October 2nd.

In a quasi-rivalry matchup, the Vikings take on the Saints, a team furnishing bad blood since the 2009 NFC Championship. Minnesota was one victory away from the Super Bowl 13 years ago but bungled the opportunity thanks to an errant late-game interception by Brett Favre and a scandalous Saints bounty program targeting the old quarterback.

Eight years later, the Vikings paid it forward, knocking the Saints out of the playoffs in 2017 and 2019. One game was a forum for The Minneapolis Miracle, courtesy of Case Keenum and Stefon Diggs. The other one was a walk-off triumph for Minnesota orchestrated by Kirk Cousins and Kyle Rudolph.

New Orleans’ leadership will also be different, taking on the Vikings without Drew Brees or Sean Payton linked to the organization for the first time since the 2005 season. Brees retired after the 2020 season and became the owner of a pickleball team this summer. Payton surprisingly retired in January, paving the way for defensive coordinator Dennis Allen to assume leadership.

Jameis Winston will again lead the team at quarterback, with Andy Dalton and Taysom Hill waiting in the wings. Winston performed admirably to start the 2021 season but was injured and lost for the season at the end of October.

The Saints defense should be formidable, nominated as the NFL’s eighth-best unit heading into 2022 by Pro Football Focus. Last year, New Orleans ranked second in the league behind the Buffalo Bills per defensive EPA/Play.

The Vikings are currently favored by one point to down the Saints in London, according to Vegas Insider. When the teams last played, New Orleans gutted Minnesota on Christmas day, 52-33.

It is unclear if the Vikings will unveil alternate helmets for the upcoming season.