The Biggest Mysteries of the Vikings Offseason 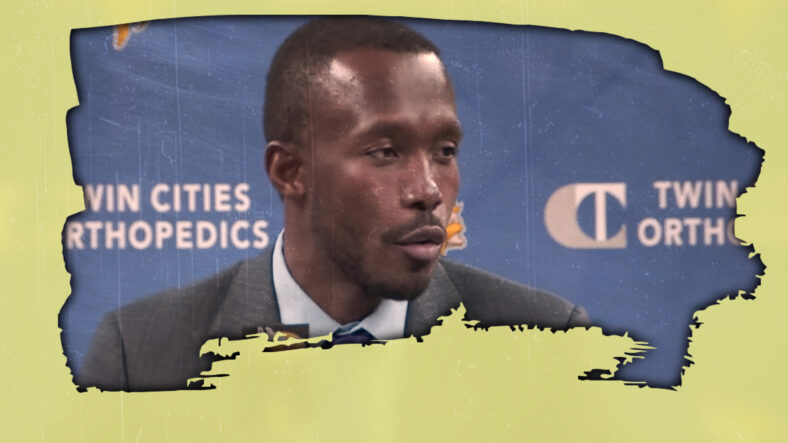 The 2022 Minnesota Vikings hope to avoid three losing seasons in a row since the team’s inception. In 1961, 1962, and 1963, the Vikings, an infant team, showcased losing records out of the gate but have not replicated the streak since.

The franchise hired a new general manager, Kwesi Adofo-Mensah, and head coach, Kevin O’Connell, to stop the bleeding. Together, the two constructed an interesting offseason, focused on retaining the team’s roster core while adding about 25 new faces in free agency and the draft.

Along the way, some mysteries arose. These are Vikings biggest mysteries of the 2022 offseason, ranked in no particular order.

Once upon a time — like in February and March — Kirk Cousins did not have a no-trade clause in his contract. The new general manager could have placated the anti-Cousins sect of the Vikings fanbase and started over with a Kenny Pickett or Malik Willis-type from the 2022 NFL Draft.

The deal was reworked, and now Cousins will be the team’s QB1 through the end of 2023. But was he seriously shopped by Adofo-Mensah? At the time, the Pittsburgh Steelers, Cleveland Browns, Carolina Panthers, Denver Broncos, and others needed a productive quarterback.

2. Where is Anthony Barr and Why Is He Unsigned?

Most Vikings fans knew near the end of the 2021 season that Barr was leaving the team. Barr even made it quasi-official by posting a “goodbye” to Vikings fans on Instagram.

Fast forward six months and Barr has signed nowhere. He’s one of the top free agents on the market, whispered in the rumor mills of the Dallas Cowboys and New York Jets, and was nominated for a humanitarian ESPY award last week.

But why hasn’t Barr, 30, signed with any team? Have injuries caught up to the linebacker? Will he sign with a team later this summer?

Few forecasted retirement for Barr, but his unsigned status as of July is quite bizarre.

3. Were the Vikings Seriously Involved in the Deshaun Watson Sweepstakes?

Remember this tidbit about the Vikings on Deshaun Watson’s “potential fits?”

What about this one?

Watson now faces a lengthy suspension in 2022 for sexual misconduct after landing with the Cleveland Browns. If his reputation was upstanding — it isn’t — would the Vikings have swung a Godfather deal for Watson like the Browns ultimately finagled?

Remember, Adofo-Mensah is a student of the Browns front office, and that’s where Watson ended up. Plus, Adofo-Mensah proved in the NFL draft he’s willing to take a risk on suspect “character guys” like Ed Ingram.

Much like the what-if on the Cousins trade, did Minnesota earnestly explore a Watson trade package?

4. Was Trading with the Lions and Packers in the NFL Draft Truly “No Big Deal?”

Vikings fans were mortified on nights one and two of the NFL Draft. Why? Well, “the new guy” pulled off trades on back-to-back nights with the Lions and Packers. It was as unforeseen as it was unprecedented.

Did Adofo-Mensah simply not care about doing business with the team’s primary foes? Before he joined the franchise, it was wildly taboo to trade with division rivals — especially the Packers — in any form.

Was the decision to pull the trigger on the trades excruciating or just another day at the office?

5. What the Hell Happened with Jim Harbaugh?

When the calendar turned to February, Jim Harbaugh was the number-one-with-a-bullet guy to become the Vikings next head coach.

But talks with Harbaugh were evidently unglued for unknown reasons as the Michigan skipper hopped back on a plane, flew back to Ann Arbor, and later signed an extension with the Wolverines.

Who soured on who, though? The talking heads, at the time, said Harbaugh would not take a rare NFL interview without “having the job in the bag.” The Vikings leadership and Harbaugh spoke for hours as Vikings fans waited for smoke to hit the air in Eagan.

Who ixnayed the Harbaugh-to-Vikings scenario?