‘The Big Goon’ Did a Very Goonish Thing 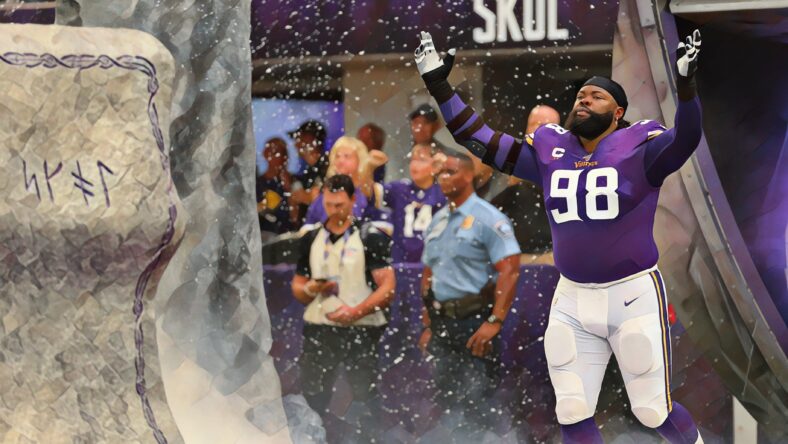 Former Minnesota Vikings nose tackle Linval Joseph, known as The Big Goon, did a rather goonish thing on Wednesday, joining a Vikings rival.

That’s the Philadelphia Eagles, a team sharing a tie for the NFL’s best record (8-1) with — you guessed it — the Vikings.

After an injury to rookie defensive lineman Jordan Davis, the Eagles evidently need beef upfront — and Joseph is USDA Prime. Well, at least he was at the peak of his powers.

Joseph worked out for the New York Jets in October, but nothing came of the audition. But he’ll stay on the east coast, welcomed by an Eagles team currently fighting for the NFC’s No. 1 seed. The veteran last played for the Los Angeles Chargers in 2020 and 2021 but spent six seasons with the Minnesota Vikings from 2014 to 2019. Before his Vikings career, Joseph was selected by the New York Giants in the 2nd Round of the 2010 NFL Draft and spent four years alongside Eli Manning. He even won a Super Bowl with the Giants.

A fan favorite, Joseph was absolutely adored in Minnesota. He was an anchor for the Mike Zimmer-led defenses that pestered the NFC North for about five seasons. From 2015 to 2019, right in Joseph’s breadbasket with the Vikings, Minnesota ranked second in the NFL per points allowed, only trailing the dynastic New England Patriots in the timeframe.

In 2020, though, oodles of Vikings defenders jettisoned in free agency, including Xavier Rhodes, Trae Waynes, Everson Griffen, and Joseph — and Zimmer’s cherished defense never recovered. Joseph wound up with the Chargers and will make Philadelphia his fourth NFL home. He’s played for Giants, Vikings, Chargers, and now Eagles.

The Eagles defense ranks fifth overall through 10 weeks per defensive DVOA. But their run defense is dastardly, ranking fifth-worst in the NFL per the same DVOA metric. A productive Joseph could help curtail the naughtiness.

Philadelphia dominated Minnesota in Week 2, but that was the Vikings last loss to date, winning seven consecutive games since. The Eagles are the Vikings primary foe, for now, via homefield advantage in the playoffs.