The Best Team in Vikings History Is Not the 1998 Team 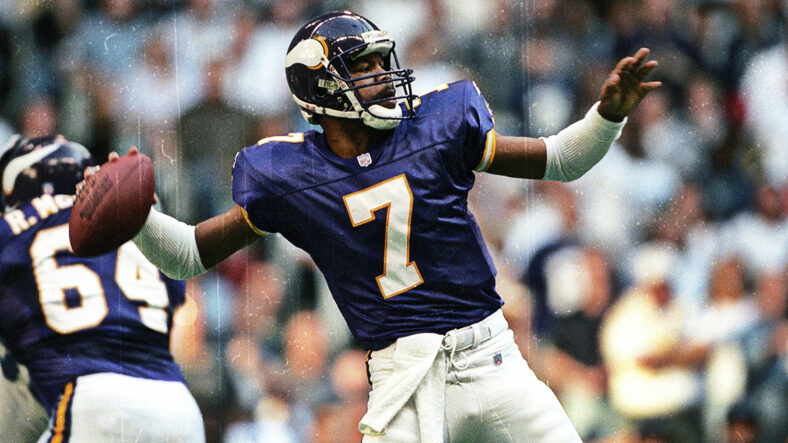 On Independence Day, CBS Sports ranked each team’s best edition from franchise history in a piece that largely embraced the last 30-40 years or so of NFL history.

Unsurprisingly, the 1998 Minnesota Vikings were tabbed as the franchise’s best, as CBS Sports’ Bryan DeArdo argued the Randall Cunningham, Randy Moss, and Cris Carter-fueled team was “the greatest NFL team that didn’t reach the Super Bowl.”

While that is probably true, the 1998 Vikings were not the best the franchise has showcased in 61 years.

The top Vikings team was the 1969 squad.

Led by Joe Kapp at quarterback and Carl Eller, Jim Marshall, Alan Page, and Paul Krause on defense, Bud Grant’s 1969 team was even more dominant than the 1998 team. The kicker? One must be 60+ years old to remember or vouch for it with an eye test.

Undoubtedly, the 1998 team’s offense was superior and cannot be denied as a league-changing force for the NFL. Yet, here’s why the 1969 team is the best in Vikings history.

Note: This analysis is comparative by era. For example, the 2021 Vikings might be able to beat the 1969 team on the field now (with a time machine, of course) based on how the game has changed from an athleticism perspective.

Balance, on Offense and Defense

Both teams were fabulous and balanced, but the 1969 Vikings topped the NFL in offense and defense. The 1998 team was unprecedented on offense — and pretty damn good on defense, although not tops in the business like the 1969 team in both metrics.

Joe Kapp was the team’s starter for only a handful of seasons before Fran Tarkenton returned to the team, but the 1969 campaign was his magnum opus. He tossed 19 touchdowns, which was a lot back then.

In the end, at least in terms of the “debate,” the 1969 Vikings dominated on offense and defense. The 1998 Vikings were Olympic-like on offense but didn’t showcase the Purple People Eaters on defense.

Margin of Victory,
Per Game:

It’s hard for folks under 60 to believe, but the 1969 Vikings gutted opponents more than the 1998 team. And it was probably because of the aforementioned balance on offense and defense.

The 1998 Vikings indeed crushed foes, but the 1969 team, by the numbers, did so at a more impressive clip.

Here’s a visual from StatsCrew.com:

The 1969 Team Reached the Super Bowl

This one seals the deal. The 1969 Vikings did something the 1998 squad, unfortunately, could not. They reached the Super Bowl.

Of course, Kapp’s Vikings were downed by the Kansas City Chiefs, 23-7, but the 1998 team heartbreakingly lost in the NFC Championship. This is the same logic required to explain why the 2007 New England Patriots aren’t the best team of all time. Sure, they went 16-0. But can a team that lost the Super Bowl really be viewed as the “best team” ever? Not really.

Most good Vikings stories end with, “Then, they lost the Super Bowl, but…” and this one is no different.