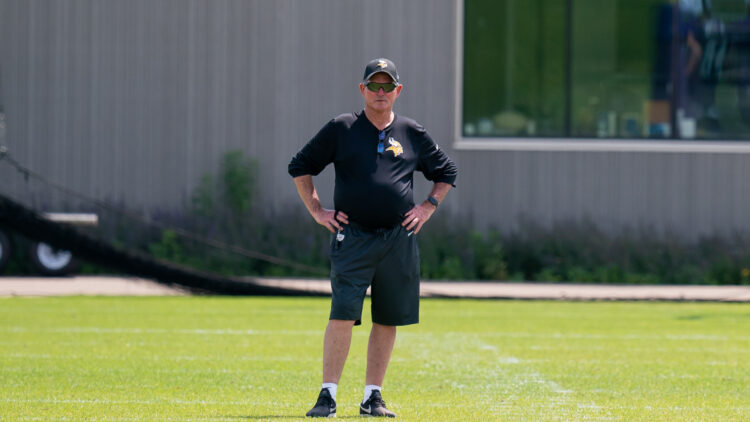 Some considered Mike Zimmer a cranky older man by the end of his Minnesota Vikings tenure, and he certainly had no interest in playing Kellen Mond. But maybe he wasn’t wrong.

It’s clear Kwesi Adofo-Mensah doesn’t envision Kirk Cousins’ backup being on the roster, and it’s hard to blame him.

Sean Mannion has established himself as a veteran in the league. In saying that, it suggests that he has been around a while and merely exists. Under no circumstances do you want him doing anything but holding a clipboard, and that was more than evident last season during a start in which he was completely inept when trying to push the football.

For Minnesota, the problem isn’t Mannion but that Kellen Mond hasn’t exactly unseated him to this point. Mond had a strong preseason showing against the Las Vegas Raiders two weeks ago, but whatever he did on Saturday night was something else. Mond was raw coming out of college, and while he flashed at times for the Aggies, there’s a reason he has never been seen as a darling prospect.

It’s safe to say Mond is better than Mannion, but the caveat to that conversation is what the floor of the outcome may be. Mond is capable of doing more, given his physical abilities. He’s still learning the game between his ears. That leads to situations like the game against San Francisco in which Mond looked wholly overmatched against reserve players. In no scenario is that something you can have happen during a spot start should Cousins be out for a game.

Barring something unforeseen, the expectation should be that Mannion is sent packing, with Mond spending yet another year hoping development that hasn’t happened actually takes place.

Nick Mullens is a capable starter in the National Football League. Drawing 16 starts over two seasons with the San Francisco 49ers, Mullens showed himself as someone that can step under center and try to keep his team in a position to win games. He may not be the highest outcome of what Case Keenum was for Minnesota, but given the weapons he’d be working with, a similar production level is probably a fair barometer.

It’s never fun to have a head coach call you out publicly, especially not suggesting you’re the level of terrible Mond was classified by Zimmer. It’s even worse when the veteran ahead of you has no business taking snaps, but there’s fairness in Zimmer’s assessment of Mond.

At some point, the Vikings will need to bring someone capable of taking over for Cousins. Spending big money on a slightly above-average quarterback saps opportunity from other places on the roster. Unfortunately, it doesn’t seem Kellen Mond will be the next up-and-comer to take a step forward under center.