Our Staff Prediction for Lions at Vikings 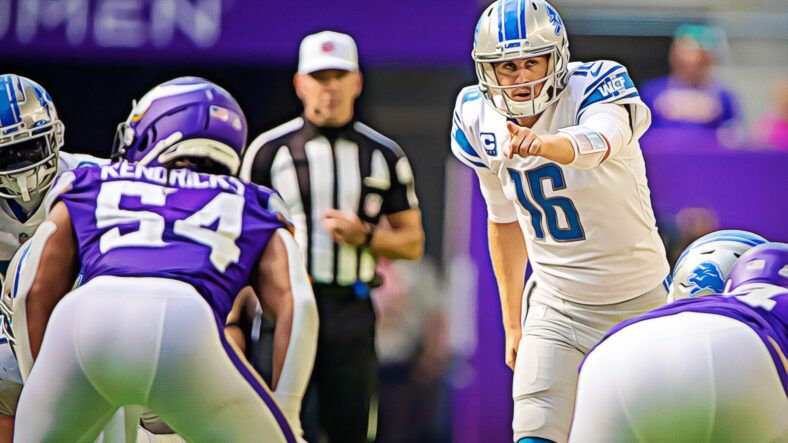 The VikingsTerritory collective staff prediction for the Minnesota Vikings date with the Detroit Lions is ready.

The Vikings can hit a 2-1 record for the first time since 2019, incidentally the last time Minnesota reached the playoffs. Detroit is 1-8 against Minnesota since 2017. It won a squeaker in Detroit last year, thanks to a defensive collapse at the end of the game — a common practice for the 2021 Vikings.

The writers at VikingsTerritory predict the Vikings will win their second game of 2022.

All of our contributors picked Minnesota over Detroit, evidently confident in head coach Kevin O’Connell’s ability to bounce back from adversity.

Here’s how the panel sees the score for Week 3:

Mathematically en masse, we predict the Vikings top the Lions by a score of 31-21.

Josh Frey most accurately predicted the score of the last game as he chose the Eagles to win by 7. Minnesota lost by 17.

The Vikings are currently six-point favorites to defeat the Lions in Minneapolis on Sunday. Since the AFL-NFL merger in 1970, the Vikings are 31-18 (.633) in Week 3 games. It’s the 3rd-best record in the league in such games during the timeframe.