OBJ Staking His Claim as a Fan of Twins 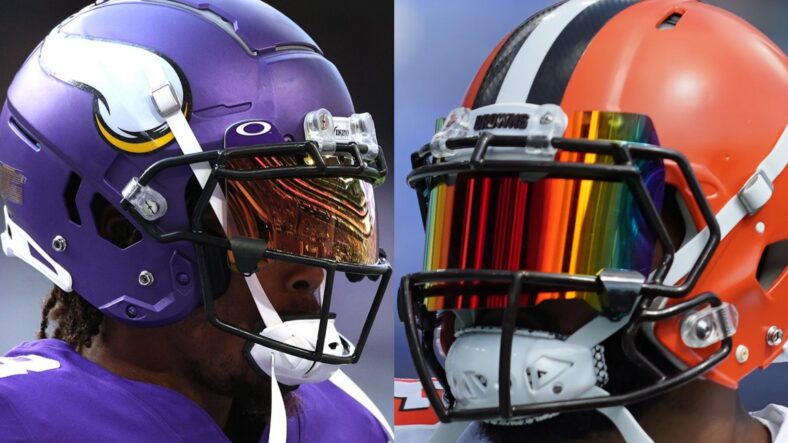 The Minnesota Vikings are rolling and have a 5-1 record heading into the bye week. At this point, Kevin O’Connell’s team couldn’t look less like what Mike Zimmer’s did a season ago. Always wanting to improve, however, they could add more talent, and a former All-Pro receiver may have hinted at his affinity for Minnesota.

Last season, Odell Beckham Jr. won a Super Bowl with the Los Angeles Rams. Unfortunately, he tore his ACL and was unable to complete the game. According to him, he actually tore it several weeks earlier, but either way, that’s why he remains unsigned as he rehabs to full strength.

A former Louisiana State product like Vikings standout Justin Jefferson, Beckham Jr. sent a tweet praising Jefferson a couple of weeks ago. While they wouldn’t be playing for the Minnesota Twins, having them on the same team is certainly a good way to keep the Twins vibes rolling.

The Vikings passing game has carried the team at times this season. Jefferson leads the NFL in receiving yards, and the likes of Adam Thielen, K.J. Osborn, Dalvin Cook, and Irv Smith Jr. have all been involved. There is, however, a relative dropoff behind Jefferson as Thielen ages. Beckham remains a question mark at nearly 30 years old and coming off a knee injury of his own, but the playmaker could provide another weapon for Kirk Cousins.

Although O’Connell and Beckham Jr. have a history of being together in Los Angeles last year, it seems unlikely that a pairing would work in Minnesota. He may represent an upgrade for the receiver room, but the Vikings are relatively strapped on cap space, and getting help for both the defensive line and secondary seems like a higher priority.

There’s no denying that Beckham Jr. would prefer to play for a team with Super Bowl aspirations at this point, though, and Minnesota has to be seen squarely in that conversation. Ultimately, I don’t see Beckam putting on a purple and gold jersey again, leaving that history tied to his time at LSU.

But it certainly is fun to dream about. A pair of LSU products dropping The Griddy in succession on Sundays would be a blast.