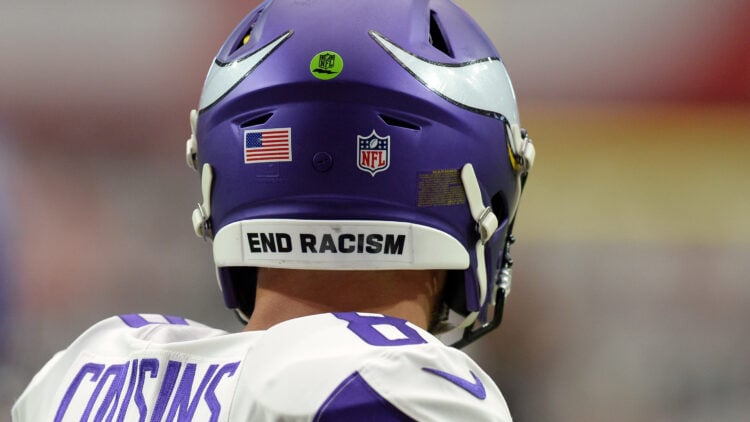 The Minnesota Vikings came out in Week 1 and delivered exactly what their fans were hoping for — a dominant victory over their divisional rival on home turf.

It was the perfect start to the Kevin O’Connell era. Not only did the performance get Vikings fans excited, it set the pulse racing of just about everybody involved with football. The Week 2 NFL power ranking sees the Vikings make huge climbs after just one game. The fact that it was against the team that it’s perceived they needed to beat out for the division title made the win even more noticeable and gave them an early advantage.

The performance of Justin Jefferson caught national attention. His stat line of 9 catches from 11 targets for 184 yards and two touchdowns deserves recognition. However, it wasn’t all Jefferson. His head coach did a fantastic job scheming him open using lots of pre-snap motion. There was also a guy throwing the ball to him who did alright while the defense held Aaron Rodgers at bay, only giving up seven points in the game.

Before the game, other than a few notable exceptions, national opinion on the Vikings was lukewarm. That has turned around very quickly, with the Vikings shooting up the power ranking towards the very top end.

Here’s what Dan Hanzus of NFL.com had to say as he moved the Vikings from 13 in Week 1 to 7th this week.

Here’s something dumb: A wide receiver has never won the MVP award. NEVER. Could Justin Jefferson end the drought? The third-year superstar was untouchable on Sunday against the Packers, piling up nine catches for 184 yards and two touchdowns in a 23-7 win over the three-time defending division champs. According to ESPN, Jefferson averaged 4 yards of separation on his 11 targets, gaining 138 of his receiving yards on plays when he had at least 3 yards of separation — next-level dominance. Give some credit to new coach and play caller Kevin O’Connell, who moved Jefferson around the field and appears ready to use his top receiver in more imaginative ways than previously seen in Minnesota. Jefferson is a cheat code, and the Vikes look primed to take full advantage.

Some of the movements on other power ranking lists are even more dramatic. The Athletic has the Vikings coming in at five. Fox News has the Vikings at an eye-popping number three, proclaiming that Justin Jefferson “put the entire league on notice and Minnesota could be one of the better teams in the league.”

The Ringer was one of the few already high on the Vikings. They had them at number 11 going into Week 1 and moved them up two places to 9 after the win over Green Bay. A more sensible outlook, in my opinion, Austin Gayle had this to say of the Vikings:

In this collection of 20 preseason power rankings aggregated by René Bugner, only Football Outsiders was higher on the Vikings than I was entering Week 1. And after a dominant 23-7 win over the Packers, I’m moving them up two spots to no. 9. First-year head coach Kevin O’Connell, who is currently +800 to win Coach of the Year, led an offensive fireworks show against what many of us thought would be one of the most talented defenses in the NFL. Kirk Cousins and Justin Jefferson connected for 184 yards and two touchdowns in a truly dominant display that should prove sustainable with O’Connell pulling the strings.

Pro Football Network had the Vikings at number 6 in their second tier of teams with the headline of good teams who looked impressive. Sports Illustrated appears to need more convincing as they leave the men in purple outside the top 10. They have them at number 13. The last power ranking is ESPN, which moved the Vikings up 13 places from 23 to 10, taking the time to praise rookie guard Ed Ingram for his run-blocking performance.

The nature of these things is that with one bad performance against the Eagles in Week 2, the Vikings come tumbling down these rankings as quickly as they went to. However, for now, the Vikings have left a good impression on onlookers. Can they impress again in Week 2 against a good Eagles team strongly fancied for a play of run? If they can and also come out with that win, this team will be putting itself firmly in the teams that are contenders’ conversation.