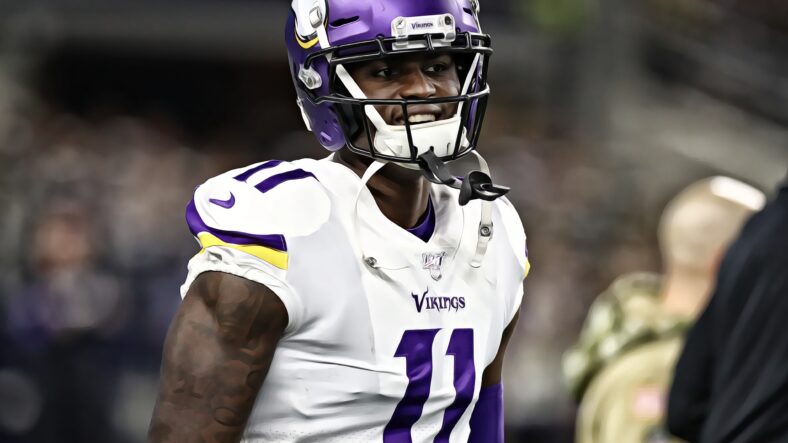 He never truly caught on with the Minnesota Vikings, but wide receiver Laquon Treadwell joined his fifth NFL team on Wednesday.

Treadwell signed with Arizona Cardinals, a team teetering on catastrophe with a 2-3 start to 2022.

Led by Kliff Kingsbury and Kyler Murray, the Cardinals were supposed to be Super Bowl bound by now or at least in the conversation as a contender. But in back-to-back seasons from 2020 to 2021, Arizona collapsed down the stretch. And this season isn’t starting much brighter.

Regardless, Treadwell will arrive in the desert to save the day in any way allowable. He’ll start his Cardinals career on the practice squad, joining running backs Corey Clement and Ty’Son Williams, who were also added on Wednesday.

The Vikings drafted Treadwell in 2016 with the 23rd overall pick but did not receive a significant return on investment. Minnesota repeatedly tried to acclimate Treadwell to the passing game, but he didn’t pan out. Outwardly, he was a phenomenal teammate and an “intangibles guy” while failing to stuff statsheets with receptions and yards.

Accordingly, Treadwell left the Vikings after the 2019 season and has since played for the Atlanta Falcons, Jacksonville Jaguars, and New England Patriots (and now Cardinals). Treadwell was previously on the Patriots practice squad this season.

In the 2016 NFL Draft, Minnesota opted for Treadwell in the 1st Round at a spot where it could’ve landed Xavien Howard, Derrick Henry, Michael Thomas, or Kenny Clark. But that type of revisionist history can be cited for nearly any pick in any draft. The Mike Zimmer-led Vikings stubbornly clung to Treadwell, hoping he’d bust out to stardom. He played in 53 Vikings games in four years, tabulating just 701 receiving yards and two touchdowns. It was a rare 1st-Round miss for the Vikings at wide receiver.

Treadwell recorded a “career year” in 2021 with the Jaguars, though, accruing 33 catches for 434 yards on a bad Jaguars team. All told in his career, he’s produced 104 receptions for 1,184 yards and 5 touchdowns — in 70 games. Treadwell averages 16.9 receiving yards per game.

The Cardinals should receive a shot in the arm offensively when veteran wideout De’Andre Hopkins returns from suspension in a few weeks. The Vikings host Arizona at U.S. Bank Stadium on October 30th.