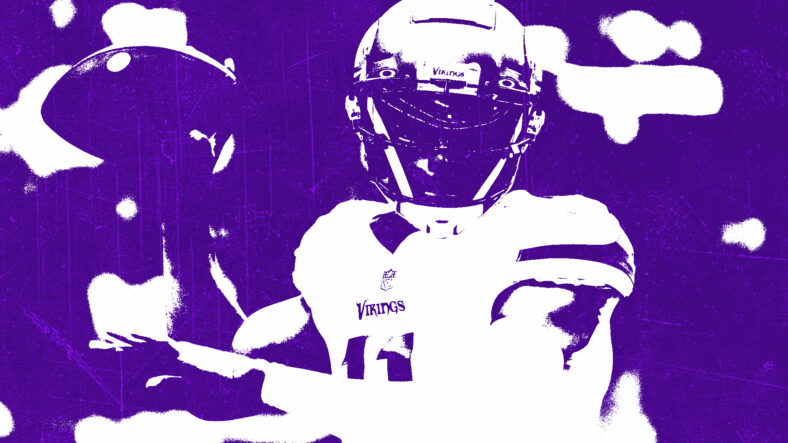 Minnesota Vikings general manager Kwesi Adofo-Mensah traded a 2024 conditional 7th-Round draft pick to the Las Vegas Raiders for veteran quarterback Nick Mullens, who the Vikings played against in the first week of the preseason. Mullens, whose regular season career involves stops with the 49ers and Cleveland Browns, has ties to Adofo-Mensah from San Francisco and Cleveland.

The move seemingly guarantees a QB2 job for Mullens while Mond and his pal Sean Mannion scramble to evaluate the future. Just one week ago, Mond felt like a driver’s seat inhabitant for QB2. His performance against the 49ers changed everything — enough for Minnesota to add Mullens as an alternative.

Of course, Mond was not on track to start in 2022 — or anything close to it — but he needed to prove at training camp and in the preseason that he had the gumption to dethrone Mannion for a reservist job.

Accordingly, Mond’s future, both immediate and long-term, are unclear. In theory, the Vikings could keep three quarterbacks on the active roster, which will be announced in eight days. The team’s head coach, Kevin O’Connell, arrived in Minneapolis from a Los Angeles Rams program that carried three passers into the regular season for the 2021 campaign. So, there is precedent for Mond landing a QB3 job. For six months, the Vikings new coaching staff has offered encouraging thoughts on Mond, meaning his career certainly isn’t gutted by one bad day at the office.

Otherwise, the NFL expanded practice squads to include 16 men in 2022. Should the Vikings prefer a two-QB setup on the depth chart, Mond may be heading for that assignment. Living on the practice squad as a 3rd-Round draft pick is not ideal, but such is life.

The grimmer option is an outright release of Mond on August 30th, when the Vikings prune the roster to 53 players. Perhaps O’Connell and his offensive coordinator Wes Phillips evaluate Kirk Cousins and Nick Mullens and “call it good.” In the previous few years, the Mike Zimmer version of the Vikings kept two quarterbacks on the roster with one on the practice squad. Time will tell what the new regime has in mind.

Overall, the Mullens trade is disadvantageous for Mond. The QB2 job was his to covet, steal, and adopt. Mond’s proverbial upside was supposed to win out over Mannion’s undynamic resume. And if something happened to Cousins in 2022, inserting Mond was on deck as a “let’s see what the young guy has” budding strategy.

Instead, Minnesota chose Mullens, who’s averaged 243.1 passing yards per game in his career. He’s a safer bet. Mond was the young, mobile, and sexy what-if.

But now Mond is slightly trending toward a “whatever happened to that guy” fate.