If Vikings Sign Another QB, It Will Probably Be This Man 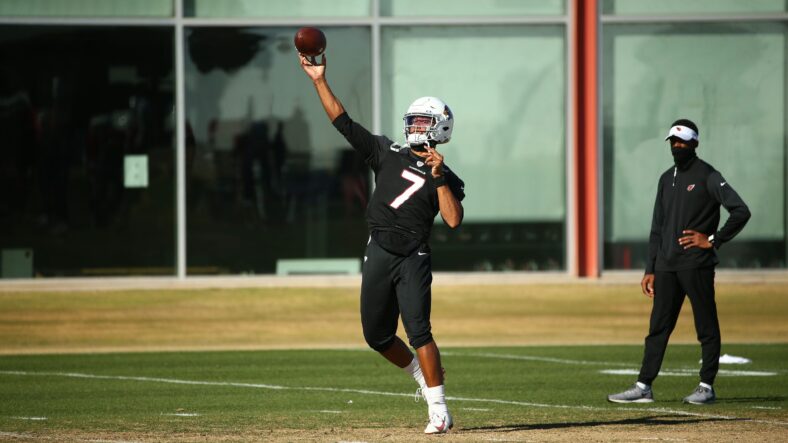 Kellen Mond did a wonderful job minimizing the Minnesota Vikings need for an “extra” backup quarterback last weekend. The second-year passer looked the part against the Las Vegas Raiders in the preseason, delivering two touchdown passes once he hit his groove in the second half.

However, there is still a chance Mond struggles this weekend versus the San Francisco 49ers, which would reignite the conversation on Minnesota’s need for another QB2.

The Vikings worked out Hundley, a seven-year veteran, in May but didn’t pull the trigger on the roster addition. Hundley later signed with the Baltimore Ravens.

But Hundley was released by Baltimore on August 16th, the day all NFL teams had to reduce rosters to 85 men. And he’s currently a free agent.

When Hundley worked out for Minnesota three months ago, the Vikings coaching staff was unusually fond of the UCLA alumnus. Head coach Kevin O’Connell said about Hundley, “I spent a lot of time on [Hundley] coming out of the draft. I’ve always been intrigued by him as a quarterback in this league. He’s kind of bounced around, been in some spots, been coached up well, you can tell in the meeting room.”

Couple that enthusiasm with the lack of QB2 options on the open market, and Hundley would probably be “the guy” for Minnesota if it expands the quarterback room.

Hundley was drafted in the 5th Round of the 2015 NFL Draft — the pick after the Vikings selected Stefon Diggs. He started his career with the Green Bay Packers, mostly as the QB2 to Aaron Rodgers. After the 2017 season, Hundley plotted course as a journeyman, landing with the Seattle Seahawks in 2018, Arizona Cardinals in 2019 and 2020, and the aforementioned Colts last season. The recent Ravens detour was brief.

In seven seasons, Hundley has played in 18 games, starting nine of them — all with the Packers in 2017 when Aaron Rodgers was injured. Green Bay was 3-6 (.333) with Hundley at the helm. Hundley owns a 9-TD to 13-INT split in his career.

While Mond has an opportunity to put a stranglehold on the QB2 gig this weekend, keep an eye on Hundley if the Vikings quarterback play versus the 49ers is subpar.