The 2022 Denver Broncos are going absolutely nowhere after the mammoth trade for Russell Wilson last spring, and they’re evidently making some roster tweaks.

Harris, 30, joined the Broncos in September and has played hopscotch between the practice squad and active roster since.

With five weeks to go in the 2022 regular season, Harris hits free agency, and it’s unclear if he’ll have any suitors. Denver did not use Harris on defense this season, but the Virginia alumnus did experience 43 special teams snaps.

Harris has played 98 games in the NFL while starting 61, including stops with the Vikings, Philadelphia Eagles, and Broncos. Minnesota found Harris as an undrafted free agent in 2016, and the defender used a few development years in Mike Zimmer’s defense to claw his way to mini-stardom. In 2019, Harris led the NFL in interceptions and was considered by many a Pro Bowl snub. Minnesota retained Harris on the franchise tag in 2020, but his production dipped. He was not a priority to re-sign in 2021 amid a crunched Vikings salary cap.

In August, the Eagles traded for Chauncey Gardner-Johnson, a safety from the New Orleans Saints who effectively took Harris’ starting job. The Garnder-Johnson trade made Harris expendable, sending the Virginia alumnus to the free agent wire and later Denver.

In 2021, Harris started 14 games for the Eagles, tallying a 61.6 grade from Pro Football Focus. It was a stark departure from his herculean 90.5 score in 2019 but certainly wasn’t poor. He was tentatively slated to latch on with the Broncos on defense, but Nathaniel Hackett and Co. had other plans.

The Broncos have effectively been eliminated from the postseason. 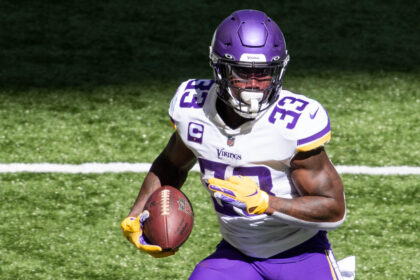