Former Vikings Lineman Out in WAS 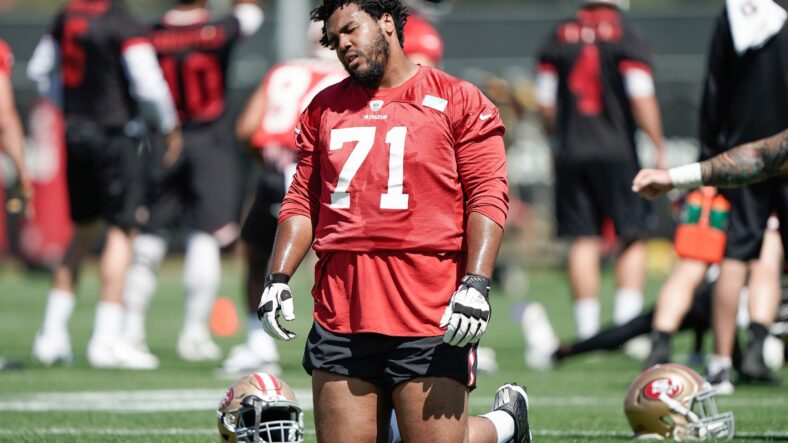 In the basement of the NFC East at 2-4, the Washington Commanders are tasked with a little soul-searching.

Quarterback Carson Wentz underwent surgery on his finger this week, and he’ll miss at least four games, paving the way for ex-Vikings quarterback Taylor Heinicke to start. In addition to the Vikings connection at QB, Washington released offensive lineman Willie Beavers on Tuesday.

Beavers signed with the Commanders in June and hoped to spark a career reclamation. But he was injured in the summer, all but ending his aspirations for the comeback.

The ex-Viking hasn’t played in a regular season football game since 2016, if that can be believed. Beavers hasn’t been out of the league for six years. He just hasn’t made it to a regular season roster since Sam Bradford’s first season with the Vikings. For the last two years, Beavers lived on the Atlanta Falcons roster, albeit on the practice squad, and tried to latch on in Washington in 2022.

The 29-year-old is memorable to Vikings fans for a couple of reasons: a) He shares a name with the lovable dam-building mammal b) Back in 2016, Beavers was theorized as a possible starting solution to the Vikings longstanding offensive line problem.

But like all Vikings offensive line-related problems from “those days,” Beavers didn’t pan out and curiously bounced around the league without ever experiencing regular season action.

The Western Michigan alumnus did not pan out as a starting tackle — and Minnesota never really fixed the aforementioned OL pass-protection problem until 2022. Still, the former 4th-Rounder has been around the NFL for seven seasons while playing just 11 regular-season snaps altogether. His career resume is about as chaotic as it gets:

Beavers will now hit free agency, and that’s likely a wrap on his NFL career.

The Vikings play the Commanders on November 6th at FedEx Field, marking Kirk Cousins’ first appearance in the nation’s capital as an opposing quarterback.