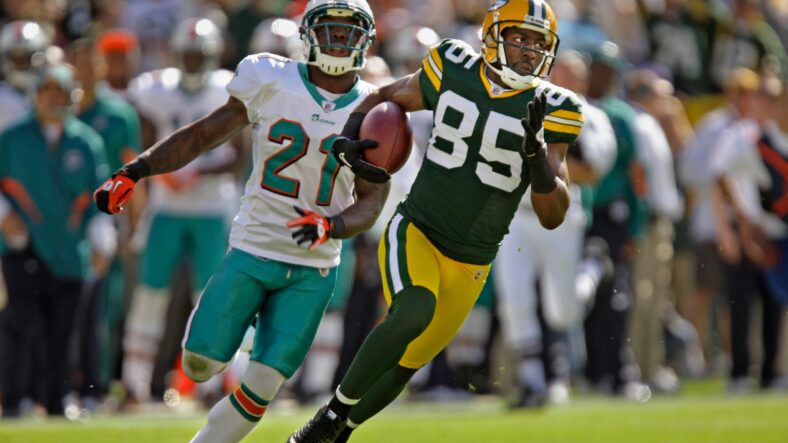 Greg Jennings, a wide receiver who played for the Green Bay Packers and Minnesota Vikings, believes the time for the Wisconsin team at the top of the NFC North is over, at least for the 2022 season.

The Packers drafted Jennings in 2006, and he remained with the team for seven years. He later trekked to the Vikings in 2013 and 2014 before winding down his career with the Miami Dolphins in 2015.

Jennings is now an analyst for The 33rd Team — a football think-tank and analysis website that employs Rick Spielman and Mike Zimmer — and offered a unique prediction about the NFC North in 2022.

He foresees the Vikings winning the division, ending the Packers three-year reign. Jennings explained the declaration on The 33rd Team‘s YouTube channel, “Obviously, Green Bay is the frontrunner to win the NFC North. When we look at the NFC North, we think about the Green Bay Packers and somebody having to dethrone them. And if there is one team that I think is going to take that step this year — and I actually believe they will win the NFC North — that’s the Minnesota Vikings.”

Jennings defended the pick by commenting on the Vikings relative success against the Packers in the last two seasons. With Kirk Cousins healthy, Minnesota has toppled Green Bay twice in a row — once in Green Bay in 2020 and at home in 2021 on a walk-off field goal. Because the Packers have instituted a stranglehold on the NFC North since 2019, it’s tempting to assume that Green Bay runs roughshod over Minnesota. But that is false.

The ex-Packer and Viking also noted the addition of Za’Darius Smith to Minnesota. Like Jennings, Smith joined the Vikings immediately after employment with the Packers, and Jennings is impressed by the pairing of Smith and teammate Danielle Hunter. While both men have recent injury concerns, the upside of the tandem, if healthy, is grand.

The Vikings will also pivot to an “offense-first” coach for the first time since Brad Childress. After the nauseating 2010 season, the Vikings opted for defensive-minded thinkers to run the ship for the last 11 years. With Kevin O’Connell, many Vikings enthusiasts foreshadow Minnesota “getting with the times” and fully unlocking the skillsets of Justin Jefferson, Dalvin Cook, Adam Thielen, and Kirk Cousins.

Now — the hard part. The Vikings actually have to fulfill Jennings’ prophecy. The Packers are listed around -170 odds to win the NFC North, whereas the Vikings are underdogs with a +250 moneyline. The two teams get an early look at each other in Week 1 when Minnesota hosts Green Bay at U.S. Bank Stadium.

You can watch the full Jennings segment here: