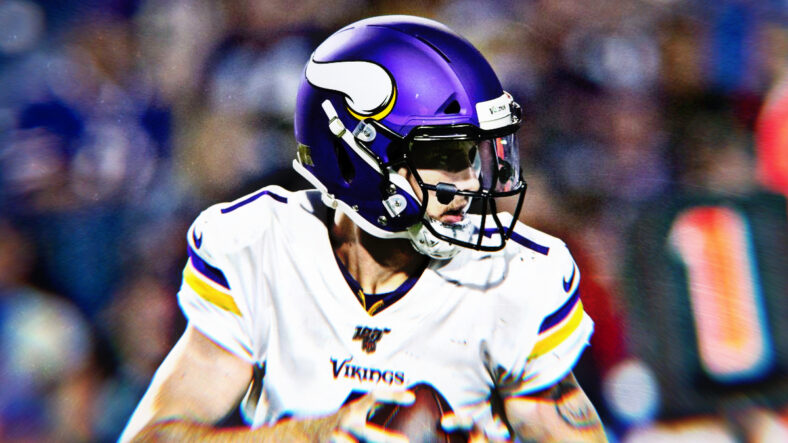 Kyle Sloter and the New Orleans Breakers made a fabulous effort in trying to push through to the 2022 USFL championship but fell short on Saturday night, losing to the Birmingham Stallions, 31-17.

Sloter completed 22 passes on 40 attempts for 327 yards, a touchdown, and two interceptions.

Minnesota Vikings fans have followed Sloter and the Breakers from a distance in the last few months as the quarterback was a preseason legend in Minnesota. Sloter was named to the All-USFL team earlier in June.

The former Viking was a backup quarterback for Minnesota in three seasons (2017, 2018, 2021). Sloter routinely played like a God in preseason games, leading an unusual amount of fans to call for his promotion on the depth chart. But that never happened.

Since 2017, Sloter has auditioned for seven NFL teams but never made it on the field for a regular season pass. But in the USFL, he found a little glory — and vindication — with the Breakers.

A 2022 USFL MVP candidate, the next step for Sloter will be waiting by the phone to see if another NFL team calls fresh off the steam of the USFL gig. Sloter has shown his talents should translate to at least a QB3 job in the NFL, but it remains to be seen if that comes to fruition.

On the other side of the USFL postseason bracket, another former Viking will head to the title game. Quarterback Case Cookus and the Philadelphia Stars eeked out a win over the New Jersey Generals to advance to the championship next weekend.

Cookus was signed by the Vikings in early August of 2021 when multiple quarterbacks entered a coronavirus quarantine. He was waived three days later.

The USFL championship between the Stars and Stallions occurs on Sunday, July 3rd, in Canton, Ohio.