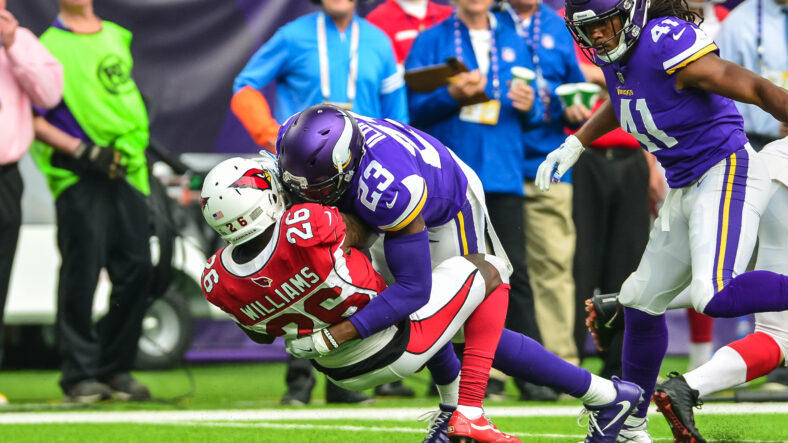 Do you remember the game at U.S. Bank Stadium in 2020 when the Minnesota Vikings looked lifeless against the then-hapless Atlanta Falcons?

The Vikings were embarrassed on their home field with no fans in attendance by the winless Falcons, a team that had just fired head coach Dan Quinn. Raheem Morris scooped 53 men off the dirt and coached them to triumph in Minneapolis.

Now, though, Iloka is plotting a comeback after 19 months of recovery, trying out this week with the Seattle Seahawks.

He was used primarily on special teams during the Vikings experiments, a departure from his old assignment with the Bengals.

And Iloka is evidently adaptable if Seattle is auditioning him as a linebacker, as the 32-year-old has played safety throughout his career.

A 5th-Round draft pick in the 2012 NFL Draft, Iloka was at the peak of his powers with the 2017 Bengals, tallying a 71.8 grade from Pro Football Focus. Unless he breaks out with the Seahawks or someone else in 2022, that season was also his swan song as a starter.

In his career, Iloka has played 103 games, accruing 365 combined tackles, 10 tackles for loss, nine interceptions, and no sacks.

If Iloka is signed by the Seahawks, he’ll join a team most consider to be in a rebuilding mode. The precedent for former players making 53-man rosters after 19+ months away from the sport is minimal.

Iloka was selected eight picks before Minnesota chose Blair Walsh ten years ago in the draft.