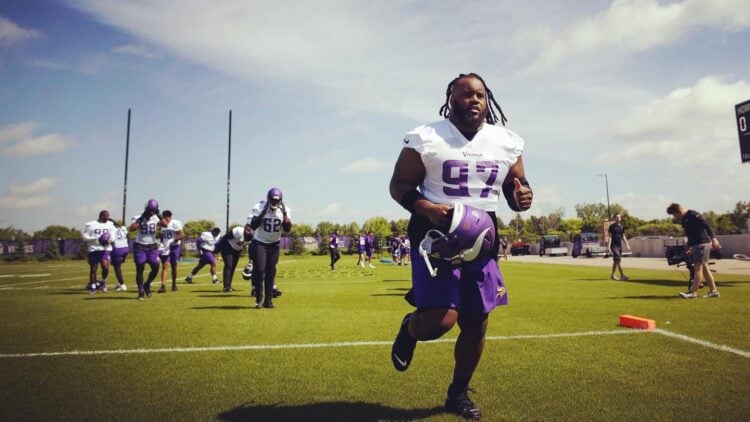 The Michael Pierce experiment for the Minnesota Vikings was a sugar-and-spice affair, as the nose tackle played wonderfully when healthy but was rarely on the field.

That saga continued this week, with Pierce opting for season-ending bicep surgery as a member of the Baltimore Ravens.

Pierce played for the Vikings in 2020 and 2021, although he sat out in 2020 during the pandemic season due to COVID precautions. Minnesota’s front offense did not prioritize Pierce’s re-signing during 2022 free agency, and Pierce reunited with the team that drafted him, the Ravens, in March.

Vikings general manager Kwesi Adofo-Mensah signed Harrison Phillips from the Buffalo Bills, who currently starts on the team’s defensive line. And it’s so far, so good on Phillips. Pierce, on the other hand, encounters another season hampered by injury — even after a blistering 2022 start. Through three games, Pierce has notched an 86.9 Pro Football Focus grade, the fifth-best in the NFL among interior defensive linemen.

Pierce played in just 24% of games after signing his deal with the Vikings two and a half years ago. In 2020, he opted out of the season due to COVID precaution — he has asthma — and then the team mismanaged various Pierce injuries in 2021. Overall, Pierce tallied 3 sacks and 20 combined tackles — in eight games with the Vikings. He was Rick Spielman’s “big signing” during the 2020 offseason.

In Baltimore, Pierce has two years remaining on his contract, so he’ll hope to return strong in 2023. He’s logged 6 tackles, a QB Hit, and a forced fumble in 2022, aiding an otherwise suddenly-suspect Ravens defense. The Ravens rank 32nd in the NFL through three weeks per yards allowed to opponents.

Behind Pierce, rookie Travis Jones awaits his turn at nose tackle. Baltimore selected Jones in the 3rd Round of the 2022 NFL Draft, 10 picks after the Vikings chose linebacker Brian Asamoah. Jones played 22 defensive snaps in Week 3 after Pierce’s injury, scoring a commendable 61.2 grade from PFF in his NFL debut.

The Ravens game headlines all Week 4 action as Baltimore hosts the Buffalo Bills at M&T Bank Stadium. The Bills are favored by three points.