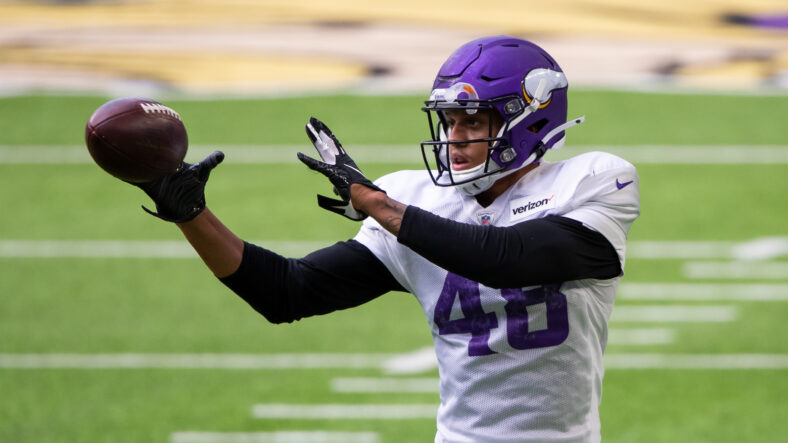 The Arizona Cardinals sunk to an unsavory 2-4 record last weekend, forcing the franchise to reexamine the current roster.

The Vikings found Lynch as an undrafted free agent before the pandemic season in 2020, and he stayed on the roster in variform for a smidgen over two seasons (if one counts the 2022 preseason).

In total, Lynch played 20 games for the Vikings while starting seven. He’s notched 47 total tackles, three passes defended, two sacks, a tackle for loss, and a QB hit during his two-year career. The Baylor alumnus was on the Vikings roster bubble this summer but fell short to rookie Brian Asamoah and veteran Troy Dye, who live on the Vikings active roster. Lynch could’ve joined Minnesota’s practice squad, in theory, but the Vikings chose rookie linebacker William Kwenkeu instead.

Lynch recorded a 64.6 grade from Pro Football Focus in 2021 and a 34.1 as a rookie in 2020. He was a mainstay of the Vikings special teams unit in 2021, playing 342 snaps with that group. Perhaps special teams will eventually become his assignment with the Cardinals.

Arizona’s roster moves arrive amid a visible panic by the franchise. In the offseason, Keim awarded quarterback Kyler Murray a gargantuan deal and has placed a dozen eggs in the basket of Murray, coupled with once-promising head coach Kliff Kingsbury. But through six weeks of 2022, Kingsbury is on the proverbial hot seat. In fact, Kingsbury “leads” the NFL in hot-seat odds, per sportsbooks, as the frontrunner to get fired first with -110 odds because of the Cardinals lugubrious performance.

Of course, the platter of Robbie Anderson, Rodrigo Blankenship, and Blake Lynch is unlikely to move the needle on the 2-4 record, but the transactions are something to combat Arizona’s nauseating start.

For now, Lynch will reside on the practice squad. He’d be called up if injuries hit the Cardinals linebacking corps, which includes Zaven Collins, Ben Niemann, Isaiah Simmons, Ezekiel Turner, and Tanner Vallejo.

The 5-2 Vikings take on these same Cardinals in Week 8 at U.S. Bank Stadium after Minnesota’s bye week.

Arizona’s defense ranks 20th in the NFL per DVOA.