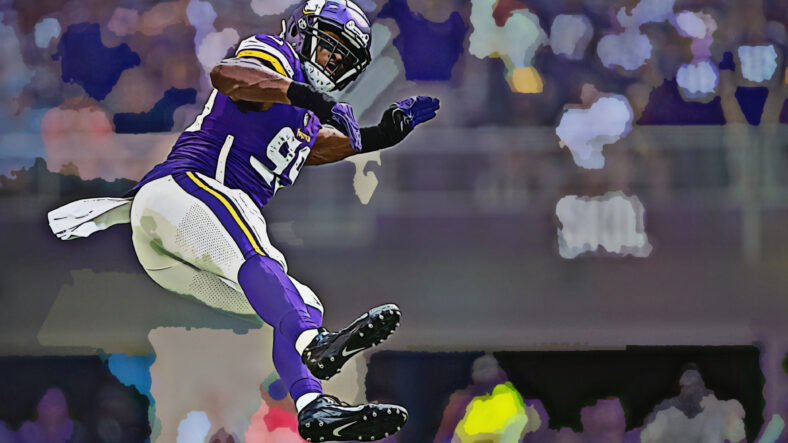 Sportsbooks predict the Minnesota Vikings to win between nine and ten games in 2022, a mark that rose from 8.5 wins late in the summer.

Bettors reportedly wagered on the “over” while the total sat at 8.5 wins, causing the swell to 9.5 wins.

Coming off back-to-back losing seasons, which generated the terminations of Rick Spielman and Mike Zimmer, the 2022 Vikings will finish 11-6 and secure a wildcard berth in the postseason.

A slight disclaimer, though — this prediction heading into 2021 forecasted the same 11-6 record, but Minnesota obviously underachieved. In retrospect, it will always seem bizarre that the vaunted Mike Zimmer defense died in 2020 and didn’t recover in 2021. The 11-6 prediction for 2021 banked on a return to the Zimmer standard. That did not happen.

This prognostication also relies on the Vikings stabilizing the offensive line pass protection. During the entirety of the Zimmer era, Minnesota never entered the top half of the NFL in OL pass protection, and a team’s ceiling can only be so high when the pass protection habitually struggles. Garrett Bradbury’s 2022 outlook is unclear, but with rookie Ed Ingram firmly in the saddle at right guard, the Vikings trenches should finally appear not-terrible.

What’s more, Minnesota’s situational defense in 2021 was wretched. The franchise surrendered more points in the final two minutes of halves than any team in the last 20 years. During the “normal” parts of games, Zimmer’s final defense performed relatively well. But in crunchtime, the defense collapsed, which is, you know, the worst possible attribute.

The offense will hum, chiefly because the playmakers are plentiful. The defense should improve while probably not replicating the Golden Age of the Zimmer era. Greg Joseph is trending as an adept kicker, and the beefy punter is pretty neat.

All of the Vikings success will be determined by how quickly Kevin O’Connell is job-ready. The NFL placed the Green Bay Packers on the docket in Week 1 — four days from now — so O’Connell will experience baptism by fire whether he likes it or not.

In theory, O’Connell could be awful, sending this season down the tubes along with Kirk Cousins’ employment. Yet, men from the Sean McVay coaching tree have thrived in the last few years, leading one to a somewhat safe assumption that O’Connell will follow suit.

The Vikings will win 11 games, win a playoff game, and find a way to lose in the postseason’s Divisional Round. And for a first-year head coach, it will be classified as an exciting building block.