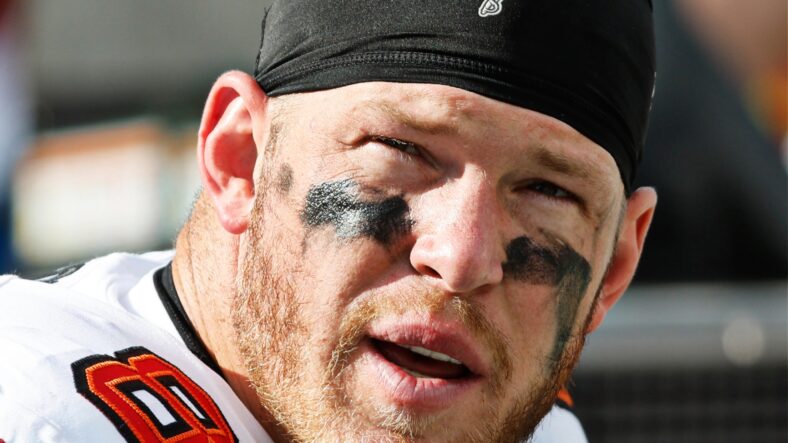 The Minnesota Vikings could enhance their 5-1 roster with the NFL’s trade deadline 11 days away, arguably having needs at CB and interior DL.

Another possible need is TE, and former Vikings Kyle Rudolph could be just the man to add roster depth.

Sources tell VikingsTerritory Rudolph is “mildly frustrated” with his usage in the Tampa Bay Buccaneers offense, and a change of scenery could be on the docket.

It is unclear if the Buccaneers would release Rudolph or if Minnesota would send a mini-trade package to Tampa for the veteran tight end.

Tampa Bay signed Rudolph in July, figuring to become a wise move because of Rudolph’s pass-catching skillset and the retirement of Rob Gronkowski. “Someone at TE must catch Tom Brady’s passes” was the mindset, and Rudolph easily made sense. Then, however, the regular season began, and the Buccanneers decided actually utilizing Rudolph was a no-go.

Through six weeks, Rudolph has played in two games and received two passing targets in the Buccaneers offense — yes, two. The laughable number has evidently caused the Vikings front office and Rudolph to spitball a Minnesota reunion, according to sources.

Meanwhile, the Vikings don’t have ultra-productive TEs on the active roster. Irv Smith has performed modestly inside his contract year, Johnny Mundt is a TE3-type, Ben Ellefson is hurt, and Nick Muse is a 7th-Round rookie. Indeed, the Vikings are nibbling at TE insurance ideas.

Rudolph, 32, played for the Vikings from 2011 to 2020, departing in free agency 19 months ago to join the New York Giants. In New York, Rudolph was underutilized, receiving just 39 targets in 2021 with an offense that would later undergo structural change.

All told in Minnesota, Rudolph grabbed 453 receptions for 4,488 yards and 49 touchdowns. The Notre Dame alumnus was one of the Vikings best draft picks of the decade. He also caught the pass that walked off the New Orleans Saints in the 2019 postseason.

The Buccanneers marked Rudolph as a healthy scratch during its Week 6 loss to the Pittsburgh Steelers, which may accelerate his desire to latch onto the Vikings or a different NFL team.

Whether via trade or free agency, Rudolph’s pricetag would be affordable, and his possible reunion with the Vikings boils down to the Vikings front office’s interest. And Minnesota does, in fact, have a goal of improving at TE during the bye week.

Instead of Rudolph, Tampa Bay has emphasized veteran Cameron Brate and rookie Cade Otton at tight end amid its 3-3 start to the season.

He turns 33 in November.