Don’t Get It Twisted — Vikings Are All-In 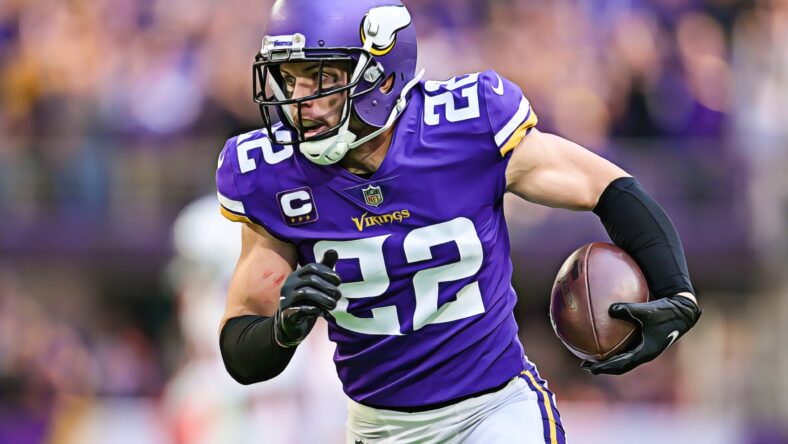 The Minnesota Vikings decision-making on Tuesday emphatically proved their intentions — they’re in it to win in 2022. Yes, this year.

In front of the cameras, general manager Kwesi Adofo-Mensah uses his favorite phrase — competitive rebuild — but at 6-1, he’s decided the competitive part far outweighs any inkling of rebuild.

And nobody can blame him or the franchise on the whole. Finally, the Green Bay Packers have encountered a flummoxing down year, and folks aren’t too sure if they’ll bounce back. Therefore, the Vikings must strike while the iron is hot, as Green Bay rarely struggles to stand back up after a knockout.

About four hours before the NFL trade deadline. Adofo-Mensah, in presumptive tandem with head coach Kevin O’Connell, traded for T.J. Hockenson from the Detroit Lions. The Vikings traded a 2nd-Round pick from the 2023 draft pool and a 2024 3rd-Round pick to the Detroit Lions for Hockenson, a 2023 4th-Round pick, and a conditional 2024 4th-Round pick. They essentially traded down two rounds next year and one round in 2024 to land the big-name tight end.

Of course, Irv Smith will likely miss most of the remainder of the 2022 season because of a high ankle sprain. Yet, if Minnesota was merely eyeing a playoff berth — as if that was the supreme goal — it could’ve signed an Eric Ebron type and “called it good.”

But Hockenson is a big fish who will hold down the Vikings TE room for at least a half-decade. He’s also a Top 10 tight end in the world, with just 25 years on his birth certificate. Hockenson will improve from here on out, and he’ll do so with the Vikings as Smith likely exits stage left.

In the last three months, Adofo-Mensah has added a potential playmaker in Jalen Reagor, a QB2 contingency plan in Nick Mullens, DT depth with Ross Blacklock, and now one of the best tight ends in football.

Accordingly, the Vikings rank around the fifth-best in the NFL per credible power rankings. The media feels it. Fans are starting to recognize it. Vikings coaches and players know it — an unexpectedly good football team resides in Minnesota.

Each and every move by the Vikings since the summer has paralleled that of a Super Bowl-aspiring team. This brand of Vikings believes it can win the whole damn thing — and really doesn’t look too silly for the opinion with a 6-1 record through eight weeks.

So, as Minnesota continues to fire up barnburner games, winning them by eight points or fewer, know that the front office and coaching staff have the perception that “this can be our year.”

The philosophy should be received with accommodating eardrums because the Vikings have never had “our year,” and they’ve been trying to find one since 1961.