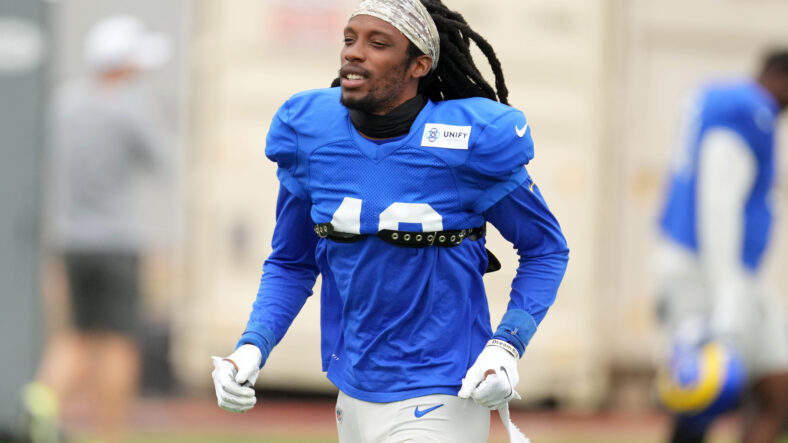 Earlier this week, the Minnesota Vikings signed Chris Garrett to their practice squad. The second-year edge rusher from Concordia St. Paul was a 7th-round pick by the Los Angeles Rams last season and comes to the Vikings knowing what it feels like to win a ring.

Chris Garrett was a menace for the Golden Bears. The Milwaukee, Wisconsin native recorded a whopping 36.5 sacks in just three years at Concordia. That set a new program record and wound up being the second most in NSIC history. He tallied 166 total tackles, of which 48.5 went for a loss.

Although Garrett got into just one game with Los Angeles last season, he impressed enough to make the team and stick around throughout the season. New Vikings head coach Kevin O’Connell likely saw him plenty in practice and maybe felt the impact on his offense as Garrett competed from the opposite side of the ball.

A first-year Super Bowl isn’t something new for a Concordia-alum. Former edge rusher Zach Moore was drafted by the New England Patriots and won a ring in his first season playing alongside the likes of all-time great Tom Brady. Like Garrett, Moore’s career also eventually brought him back to Minnesota, making a stop with the Vikings.

It remains to be seen what sort of impact a small-school kid can have on the Vikings defensive line, but he’ll certainly have some superstars to learn from. Both Danielle Hunter and Za’Darius Smith are elite talents as EDGE linebackers. Garrett could look to follow in their footsteps if he can take his game to another level.