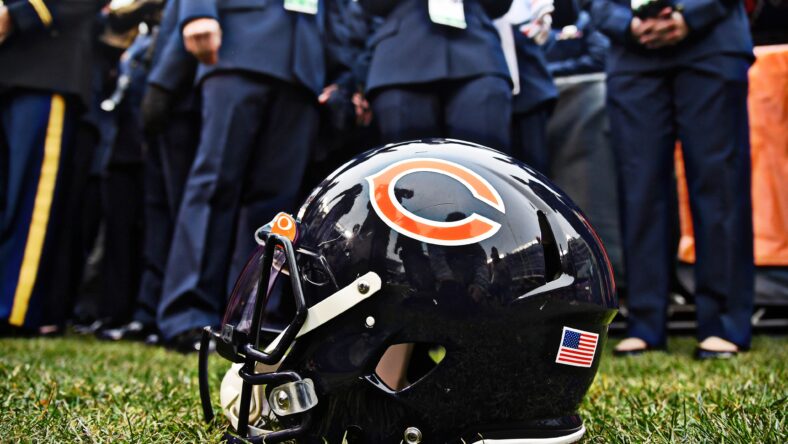 The Chicago Bears were sellers before Tuesday, offloading Robert Quinn to the Philadelphia Eagles and Roquan Smith to the Baltimore Ravens.

But on the day of the NFL’s trade deadline, Chicago reversed course, becoming buyers and landing Chase Claypool from the Pittsburgh Steelers.

Pittsburgh received a 2023 2nd-round pick for Claypool, while the Bears welcomed their version of a WR1.

Last week, the Vikings were fingered by various Minneapolis media outlets for interest in Claypool, but Minnesota’s general manager executed a different trade instead Tuesday, grabbing tight end T.J. Hockenson away from the Detroit Lions. Hockenson joined the Vikings about one hour before the franchise announced incumbent TE Irv Smith would miss 8 to 10 games due to a high ankle sprain.

In Chicago, Claypool will be showcased to the utmost inside a fledgling Bears offense. Matt Eberflus’ club ranks 29th in the NFL via offensive DVOA, thanks mainly to quarterback Justin Fields’ growing pains. In Year Two, Field has not taken the league by storm like some of his peers did, for example, Justin Herbert or Joe Burrow.

But the Bears don’t really employ any pass-catchers — Darnell Mooney could be argued — with more talent than Claypool, so the Notre Dame alumnus should experience oodles of targets. This is the Bears WR room after the Claypool move:

Pittsburgh selected Claypool with the 49th overall pick in the 2020 NFL Draft, 26 spots after the Vikings found Justin Jefferson from LSU. As a rookie, Claypool seized 62 receptions for 873 yards and 9 touchdowns. But since then, Claypool has produced less, tabulating 860 yards in 2021 — with only 2 touchdowns — and on pace for 661 yards this year. His 61.3 Pro Football Focus grade suggested something wasn’t entirely clicking for Claypool in Mike Tomlin’s offense, led by a twosome of Mitchell Trubisky and rookie Kenny Pickett at quarterback. Too, rookie WR George Pickens has emerged to steal some of Claypool’s spotlight.

Some national NFL voices criticized the Claypool trade by Chicago for sending mixed signals — pulling off a defensive fire sale of assets involving Quinn and Smith but then donating a 2nd-Rounder to the Steelers for a man who’d be a WR2 on most teams.

According to FiveThirtyEight, the Bears have a 9% chance of reaching the playoffs. Minnesota travels to Chicago in Week 18 for a date with Claypool’s Bears.