Anthony Barr’s Free Agency + the Cowboys Is a Head-Scratcher 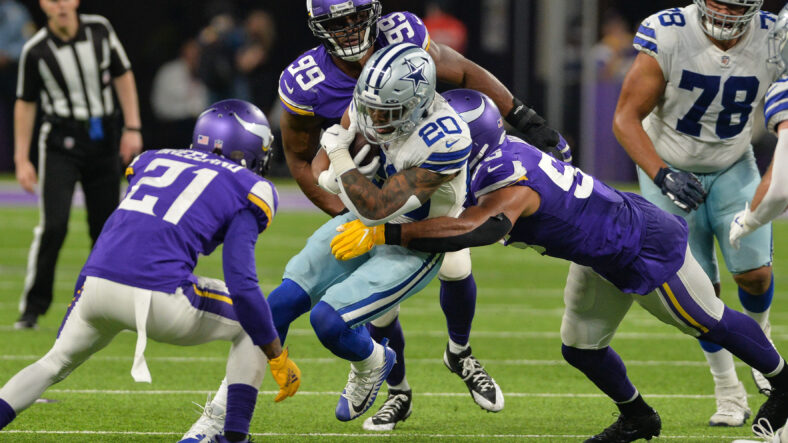 No theory is more credible than Barr eventually landing with the Cowboys, though, as the flirtation by Dallas to sign Barr has persisted for a few months.

Barr, 30, indicated his Vikings career was kaput after the 2021 regular season ended, posting this apparent farewell on Instagram.

And while some experts have speculated Barr’s injuries have stockpiled and perhaps led him to thoughts of retirement, the Cowboys rumor mill remains unfazed. Barr-to-Dallas is truly on-again-off-again, evidenced by a flurry of contrasting reports this week. Covering the Cowboys for Dallas Morning News, Calvin Watkins tweeted early last week:

Hill continued, “[Jones] said the team wanted to take a look at second-year linebacker Jabril Cox and other linebackers in training camp before making a final decision on Barr.”

Therefore, if Hill is correct, it’s a waiting game. The Cowboys must examine the current linebackers in real-time to decide if Barr’s services are needed. Mike McCarthy’s defense already showcases the mighty Micah Parsons and steady Leighton Vander Esch. The “third” off-ball linebacker gig is evidently a choice between existing Cowboy Jabril Cox and Barr, the unsigned free agent.

Drafted by Minnesota in 2014 at the dawn of the Mike Zimmer era, Barr played eight seasons for the Vikings, tallying four Pro Bowls from 2015 to 2018. Since the start of 2020, Barr has missed 63% of all football games, substantiating the theory that injuries are catching up to the man. He tallied a 62.9 grade from Pro Football Focus while intercepting three passes last year. If 2021 was a reasonable indicator, Barr can still play at a high level.

If Barr signs in Dallas, he’ll face the Vikings on November 20th at U.S. Bank Stadium — the team with which he posted 495 total tackles, 17.5 sacks, and five interceptions.