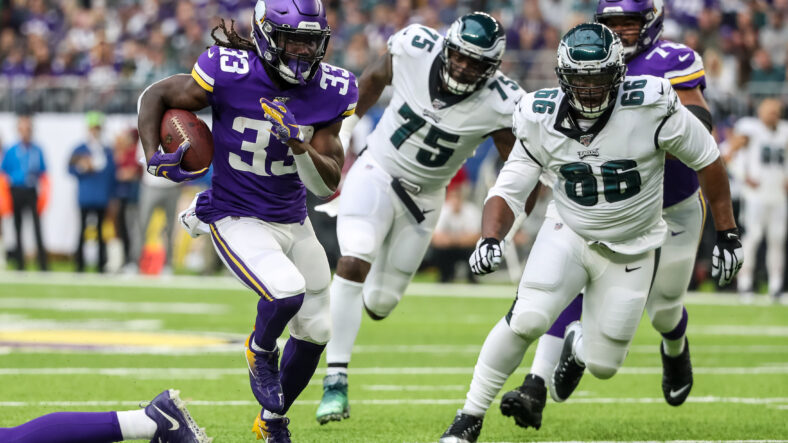 Each week, VikingsTerritory details 25 statistical or interesting facts about the upcoming Minnesota Vikings game. This week’s edition involves the Philadelphia Eagles, who are two-point favorites to down the Vikings in Week 2.

The game is Monday at 7:30 pm CST at Lincon Financial Field and is on ABC and ESPN.

These are the 25 random facts to know about Eagles-Vikings:

4. The Eagles scored more points than anybody in Week 1, tossing up 38 on the Detroit Lions.

5. Philadelphia allowed Detroit to convert 64.2% of 3rd Downs in Week 1, the third-worst percentage in the league.

6. Neither the Vikings nor the Eagles turned over the ball in Week 1, and they’re the only turnover-less teams playing each other in Week 2.

11. Against the Packers, the Vikings allowed seven points or fewer in a game for the first time since 2019.

12. Justin Jefferson now has the most single games with 175+ receiving yards in Vikings history (3).

14. The Vikings haven’t won a Monday night game on the road against a team not named ‘Chicago Bears’ since 2008.

15. The last time Minnesota won a road Monday night game against a non-Bears opponent, Gus Frerotte was the quarterback.

17. The Vikings defense was called for zero penalties against the Packers. They ranked seventh-worst in defensive penalties last year.

18. Minnesota surrendered 6.2 yards per rush attempt in Week 1, which ranked 28th in the NFL after Week 1. And the rushing defense DVOA ranks 29th for now.

20. As an opponent at Philadelphia, Kirk Cousins has the highest passer rating in NFL history (min. 75 pass attempts) with a 112.1. No quarterback has played better as a visitor in Philadelphia per passer rating.

21. The NFL record for most receiving yards in a Monday Night Football game is 289. Jerry Rice holds the record, setting it against the Vikings in 1995.

22. Adam Thielen’s 36 receiving yards last weekend were the lowest of his career (as a starter) in a Week 1 game.

24. Kirk Cousins is the 10th-likeliest NFL player to win the 2022 MVP award, per sportsbooks.