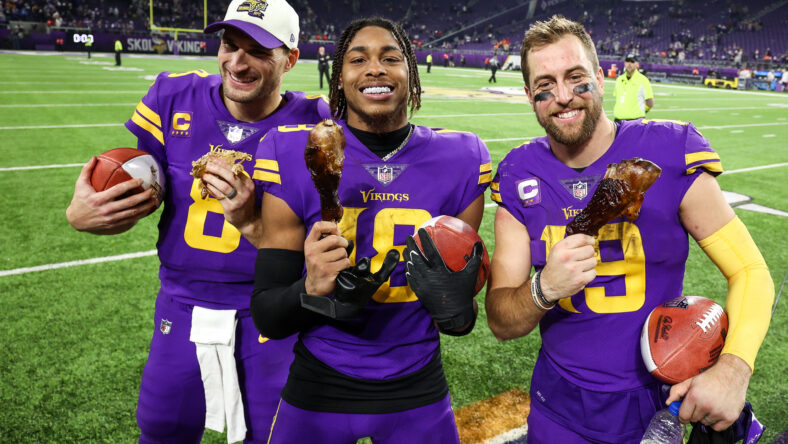 The Vikings climbed to 9-2 atop the NFC North after toppling the scrappy New England Patriots, 33-26, at U.S. Bank Stadium on Thanksgiving.

1 – The Vikings proved they’re in it to win it in 2022, as the rebound victory over Bill Belichick’s team was an apt litmus test. A loss would’ve shown that Minnesota was probably a team who would crumble early in the playoffs. Pretenders tend to lose back-to-back games at home. Yet, winning after a gruesome loss to the Dallas Cowboys four days prior — and make no mistake, it was gruesome — required redemption. The Vikings enacted redemption.

2 – The atmosphere at U.S. Bank Stadium was electric, totally hopping and raucous. Last Sunday, the crowd was “taken out of the game” after about 30 minutes. That didn’t happen on Turkey Day, and the Vikings rode the momentum from the fans accordingly.

3 – Kirk Cousins authored his best game of 2022, bouncing back from a head-scratching interception and diming three touchdowns. Folks may have to accept this as the “new normal” from Cousins, making one confounding mistake in a risk-taking offense but righting the ship down the stretch of a game when it matters most.

4 – Whether the call was right or wrong, Hunter Henry’s overturned touchdown via booth review fundamentally changed everything. The Vikings gridiron commerce soared — the very moment it led to three points, not seven. Momentum is real.

5 – If Bill Belichick can’t take Justin Jefferson out of a game via his legendary “make the opponent play lefthanded” scheme — nobody can.

6 – Kene Nwangu had been sitting on one of his patented kick return touchdowns for 12 weeks, and it finally happened under the bright primetime lights. He bunted and struck out for most of 2022 to date, but the wait felt worth it. Like the booth review of Henry’s reception, Nwangwu altered the game.

8 – Speaking of the NFL’s best defense, if the Vikings can hang 33 points on New England, they can do so versus anybody.

9 – Minnesota only had three penalties, and the team’s close-to-error-free football continues to propel it to victory. Or, in this case, a fancy 9-2 record.

10 – The Vikings run game didn’t work, but they also didn’t abandon it. In years past, the franchise tended to abandon the strategy, which almost always leads to disaster. Kudos to sticking with it, even if it felt futile. Running the ball sets up the pass. Don’t ever forget it.

11 – Missed extra points will bite the Vikings in the buttocks. “They can’t keep getting away with this.” It’s up to Kevin O’Connell and Kwesi Adofo-Mensah to fix it.

12 – It’s time to get excited again. These Vikings aren’t wimps who cower after getting hit in the teeth with a Texas haymaker. 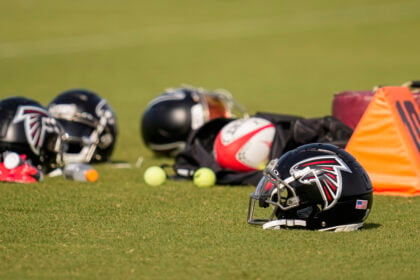