NFL football is back, and it starts with a bang in Minnesota, as the Green Bay Packers roll to town and the story lines are aplenty. The Vikings biggest off-season acquisition, edge rusher Za’Darius Smith, is ready to tackle his old Packers teammate, quarterback Aaron Rodgers, for real. Smith was popping in practice against the San Francisco 49ers a couple weeks ago (which is about as much as we have on record of the starters’ play this preseason) and together with Danielle Hunter, fresh back and back fresh from injury last season, will hope to meet at the quarterback—one ayahuasca-sippin’ A-Rodge.

This is not your ordinary old Packers week in Minnesota. This one, thanks to Smith’s defection to the Purple, harkens back to the hey-day of the rivalry of a decade and a half ago, when the teams were scooping up free agents from each other like someone stealing your lunch at work. Well, perhaps the Vikings did the most of that stealing in the name of Brett Favre, Ryan Longwell, Greg Jennings and Darren Sharper. This season, Smith came downI-94 from Green Bay along with CB Chandron Sullivan, while the Packers picked up a backup kicker for a while (advantage purple). The Pack still has DBs coach Jerry Gray on the staff, while the Vikings coaching staff includes a couple coaches with experience in the Green Bay organization. They are there to help rookie coach Kevin O’Connell in his first-ever game as a head coach. Doesn’t get any bigger than this.

But no matter, the players will play this game at U.S. Bank Stadium and the Vikings, who have a lot of new faces will have to play well tow in this one. Questions remain: The Purple defense will be better than in 2021,but will it be enough to stop Rodgers with his depleted wide receiving corps? Their offensive line looks to be improved, but will it be enough to help Kirk Cousins score points against a strong Packers defense. Wide receiver Justin Jefferson has received a lot of buzz in the off-season as a budding superstar—well this is the kind of game where superstars step up and really make their name. The Vikings will need everything they can get from JJ and Adam Thielen and Dalvin Cook and tight end Irv Smith Jr., coming off thumb surgery. This starting squad didn’t get any reps together during the preseason, by design, so they had better be ready come Sunday at 3:25p.m. 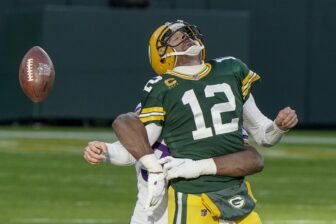 Joe Oberle, senior writer at VikingsTerritory and PurplePTSD and Mark Craig, Vikings writer and NFL Insider for the Star Tribune newspaper and StarTribune are ready for some football. They are here each week on the VT Breakdown podcast to preview the games, breakdown the action and then analyze the results. Don’t miss the preview of this big game on VT Breakdown this week. This one sets up the whole season for Minnesota and it will tell us a lot about them going forward. Tune in and check it out! 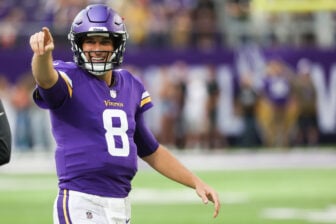