Vikings Fleece the Packers and Get Their Guy 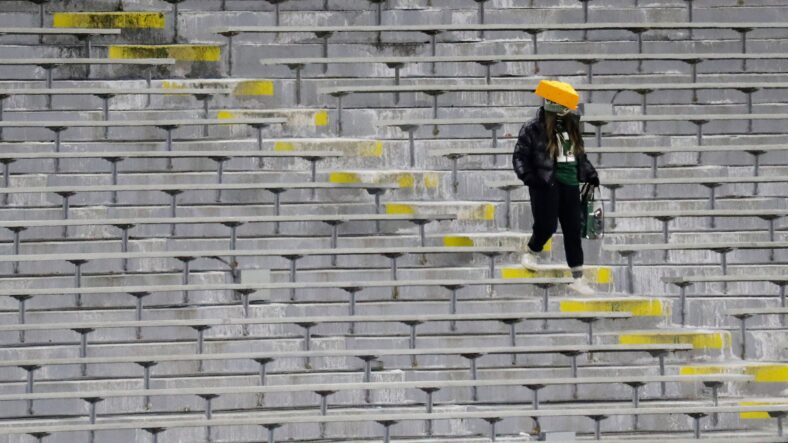 What a night for Kwesi Adofo-Mensah and the Minnesota Vikings. Not only did the Vikings fleece the Packers, but they did so and still got their guy. While the trade with the Packers is controversial, drafting Andrew Booth Jr. certainly is not.

Andrew Booth Jr. was one of my top targets for the Vikings in the first round. I was hoping they would trade back to pick 20 or so and draft him then. However, they were able to get him with the 42nd overall pick after robbing the Packers blind.

This pick should make every Viking fan happy. Andrew Booth Jr. is a dog! He loves nothing more than blowing up wide receiver screens. However, he does have some injury concerns that need to be worked out.

Although, in his post-selection interview, he did address the injury issue. He has had a couple of hernia surgeries over the last couple of years. However, he said he hasn’t been as healthy as now since high school.

If this is true, the Vikings have the third-best cornerback in the draft. The only two guys better were selected 3rdd and 4th overall. Let’s look at why Booth Jr. should have gone higher, but the Vikings got him with a steal of a pick.

Booth Jr. Has All the Skills Needed for CB

First, Booth Jr. has the size you want in a lockdown cornerback. He is 6’0″, 200 pounds, and has long arms. On top of all that, he is really good at tracking the ball in the air and making a play on it.

However, the best part of his game is his physicality. If there is a wide receiver screen to his side of the field, he will make the play. Not just that, though. He is going to make the play by running through the blocker. It is really remarkable to watch how consistently he does this.

He is also really twitchy. He has great click and close ability once the ball is in the air, which prevents those extra yards after the catch. His competitiveness is top-notch, which is one reason why he played through all those injuries.

However, at the next level, he will need to learn how not to be so physical. This could lead to some flags and will need to get coached out of him. His eyes and over-eagerness need to be tampered down too. If not, he could get cooked on some double moves.

At this point in the draft and offseason, I am excited about how things sit. The Vikings’ defensive back room is starting to take shape. They were able to get two guys who can compete to be starters this year and will be starters in 2023.

The way it stands right now, these are the starting defensive backs:

This is a far cry from what it looked like for a while. Some Vikings fans might be upset that we drafted a safety when we have Cam Bynum, but you need to take a deep breath. There is nothing wrong with having depth at a position.

At this time, we as fans should be happy. The Vikings have a defensive backroom that, at the very least, will not embarrass itself. Although, I could be speaking too soon.