Don’t Undervalue the Vikings LSU Connection to This Draft 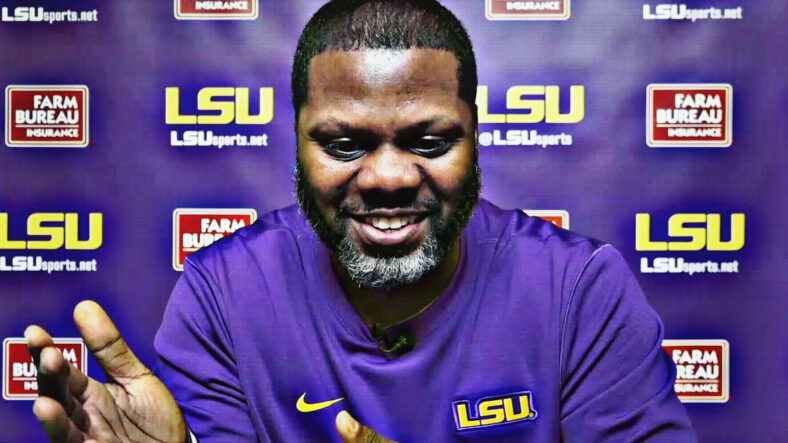 The 2022 draft process is dripping with ties to LSU for the Minnesota Vikings.

On April 28th, Minnesota will select 12th on draft night, forecasted to select a defensive player, as the offensive side of operations is fairly set for playmakers and depth, sans the interior of the offensive line.

Don’t undervalue the Vikings LSU connection to the event. Here’s why.

Derek Stingley Jr., who is long-forecasted on the Vikings draft radar, will be the best player available for Minnesota if he tumbles to the 12th spot. If no other ties existed at all for LSU and the Vikings, this is enough for Minnesota to draft the man.

He is that damn good.

Stingley Jr. just hasn’t played a full season of football since 2019, sending his draft stock southward for a bit during the draft leadup.

But now his draft hype has risen, stabilizing for many pundits back in the Top 10. If he falls out again, though, the Vikings would be silly not to draft him when they approach the podium.

Stingley Jr.’s defensive coordinator from LSU in 2021 rejoined the Vikings staff in February. His name is Daronte Jones, and he was Minnesota’s defensive backs coach in 2020 before heading south for a season to lead LSU’s defense. Now, he’s back, as the Vikings rebrand with new leadership.

These are the “ties” in sports that matter.

Of course, the Vikings best cornerback is Patrick Peterson, who attended — you guessed it — LSU a decade ago. Peterson even endorsed Stingley Jr. to the Vikings on his podcast, All Things Covered.

Peterson said, “He reminds me a lot of myself when I was in school: just how agile he is at the line, how physical he is at the line of scrimmage, his press technique, how he’s able to locate the ball when he’s not looking at the quarterback.”

After Stingley Jr.’s Pro Day, however, Peterson also acknowledged his potential protege would probably be unavailable for the Vikings because, again, he’s just too good to be passed up 11 times before the Vikings are on the clock.

The last three draft picks in Vikings history from LSU:

This is precedent. The Vikings have tremendous luck finding superstar Tigers in the NFL Draft.

Stingley Jr. was even teammates with Justin Jefferson at LSU, so there’s a little extra sizzle to reunite the men. And, oh, by the way, Joe Burrow and Ja’Marr Chase were on that team, too.