When the Dust Settled, the Vikings Traded Mike Hughes for a Shiny New WR. 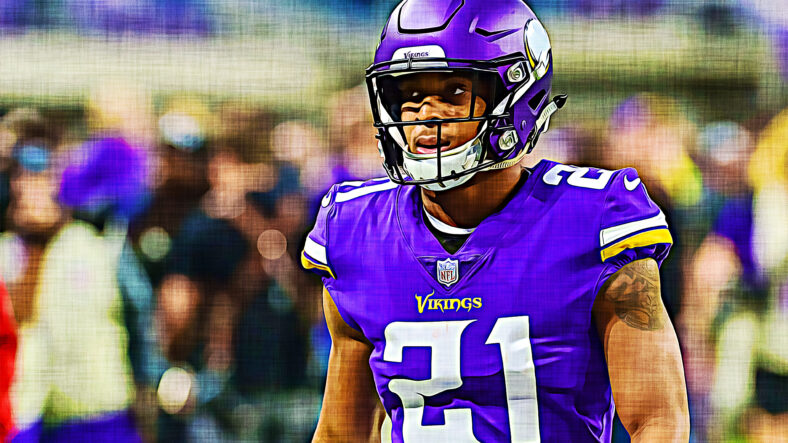 On May 13, 2021, the Mike Hughes era for the Minnesota Vikings ended as former general manager Rick Spielman traded the cornerback and a 7th-Round pick to the Kansas City Chiefs for a 6th-Round draft pick in 2022.

Nailor was the lone wide receiver drafted by the Vikings in 2022, a signal the franchise is content with its current corps of Justin Jefferson, Adam Thielen, K.J. Osborn, Ihmir Smith-Marsette, Olabisi Johnson, and others.

On the Chiefs end of the deal, they used the additional 7th-Rounder from Spielman, wrapped it with a 5th-Rounder from the 2022 draft, and traded the picks to the Las Vegas Raiders, selecting Darrian Kinnard, a tackle from Kentucky.

For Hughes, he played 17 games for the Chiefs — the first healthy season of his career, of course — fired up a 79.6 Pro Football Focus grade, made a major playoff gaffe, and ventured to the Detroit Lions during 2022 free agency.

If he remains upright, the Vikings will now see Hughes in the Lions secondary twice per year.

On Nailor, well, he’s the guy that Vikings WR coach “banged the table” for last week. His nickname is Speedy, and he ran a 4.5 forty-yard dash at the 2022 NFL Combine. He also notched 695 receiving yards and six touchdowns at Michigan State in 2021. A college teammate of current Vikings EDGE rusher Kenny Willekes, Nailor also compiled 18.8 yards per reception last year as a Spartan, so, at least collegiately, he was a big-play threat.

Nailor will fight for a WR5 job or otherwise live on the 2022 practice squad. He should, though, have a natural advantage to make the 53-man roster if McCardell endorsed him in the leadup to the draft.

Because he isn’t overly physical like a Julio Jones, he tumbled to the Vikings in the 6th Round. And that’s the same round Antonio Brown was selected in 12 years ago, creating a wee bit of precedent for Nailor to ascend the depth chart.

In the end, Hughes was a major disappointment for the Vikings. He was supposed to be the succession plan for the exoduses of Xavier Rhodes and Trae Waynes during the free agency of 2020, but the man could not stay healthy. All told, Hughes missed 50% of Vikings games amid his three-year stint.

Now, however, the pick can be salvaged if Nailor makes some noise.