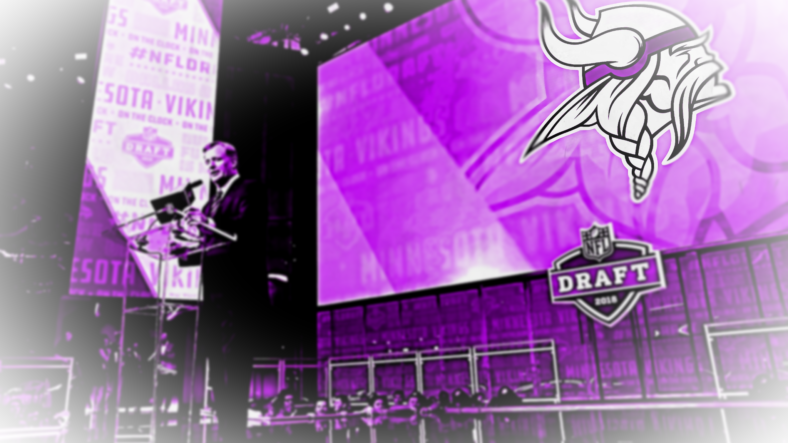 For roughly the last five NFL drafts or so, the “joke” around this time pertaining to the Minnesota Vikings is “what cornerback will they draft?”

Why? Because former head coach Mike Zimmer rose to stardom as a defensive backs coach with the Dallas Cowboys in the 1990s, and the man loves his corners. On his watch, the Vikings drafted four cornerbacks from 2014 to 2021 in the draft’s first two rounds, welcoming Trae Waynes, Mackensie Alexander, Mike Hughes, and Jeff Gladney to the franchise. The year before, 2013, Minnesota chose Xavier Rhodes in the 1st Round.

But none of those men is scheduled to play for the Vikings in 2022. The draft capital spent on defensive backs swirled down the drain, leaving Minnesota in tough shape for the cornerback room. It’s Cameron Dantzler and reservist players as of early March.

So, the usual joke on the calendar — let’s see what cornerback Zimmer gets — is now a reality, excluding Zimmer, of course. The Vikings need corners in both free agency and the draft. For free agency, the organization doesn’t have much cap space, so affordable players like Bryce Callahan and Kyle Fuller are reasonable options. Via most mock drafts, the Vikings are scheduled to use the 12th overall pick to draft a corner.

Overall, fans are in a familiar spot, examining draft boards with cornerbacks on the brain. The cornerback portion of the depth chart is the single-most lacking spot heading into free agency.

Thankfully, if the Vikings do not trade out of the 12th hole of the draft — and if they don’t somehow break the bank on a free agent like J.C. Jackson from the New England Patriots — choosing a corner at #12 blends the best player available philosophy and team need. That’s amplified if men like Ahmad Gardner and Derek Stingley Jr. are available on draft night when the Vikings are represented at the podium.

These are the men linked most often to Minnesota in recent mock drafts:

Get familiar with those names because the Vikings will probably draft one if no major CB splash is effectuated in free agency.

Otherwise, new general manager Kwesi Adofo-Mensah can explore an EDGE rusher at #12 as the Vikings need one of those, too. Everson Griffen may or may not return. Danielle Hunter will probably be back for at least one more season. After that on the roster, the players are developmental and hopeful maybes.

Finally, while it would be exciting for Minnesota to draft a quarterback — Malik Willis is a rising start for draft hype — the team will likely roll with Kirk Cousins for another season, hoping the new coaching staff maximizes his skillset like it did Matthew Stafford with the Los Angeles Rams in 2021.

You used to joke about it — and perhaps roll your eyes — but this question will be widely asked this April: what cornerback will the Vikings get?