Vikings Will End 51-Year Drought at Soldier Field in 2022 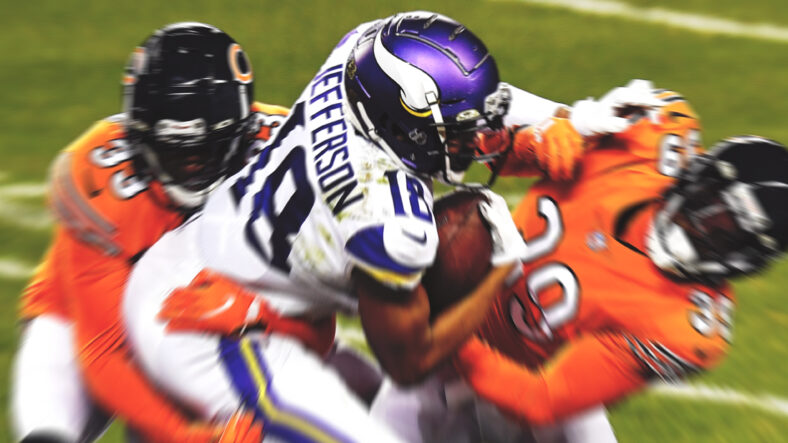 The 2022 NFL schedule was released on Thursday, and the Minnesota Vikings will finish the campaign on the road against their two most odious foes.

Overall, Minnesota’s schedule isn’t devilishly daunting, comprised of nine home games, seven road games, and one neutral-site contest in London against the New Orleans Saints. Per 2021 wins and losses, the Vikings have the league’s 13th-easiest schedule.

And down the stretch of the regular season, Minnesota will end a drought not too familiar to fans. The Vikings close out a regular season at Soldier Field for the first time in 51 years.

Indeed, the last time the Vikings capped a regular season at Soldier Field was 1971. Minnesota won the game 27-10 behind two Bob Lee touchdown passes. The Vikings were bounced out of the playoffs a week later at Metropolitan Stadium by the Dallas Cowboys.

Playing the Bears on the road late in the season is a brand new change of pace for Minnesota. Since U.S. Bank Stadium was erected in 2016, the Vikings final home game — every season — has been versus the Bears. Before the NFL released the 2022 schedule, it was death, taxes, and Bears at home late in the season kind of stuff.

Moreover, almost all games against the Bears at home in the last six years have felt meaningless, sans a stinker from the Vikings in 2018. If fans grew unimpressed by the league’s schedule-making, well, the powers that be flipped the script on Minnesota, tossing them in a road game at Chicago to end the season. Be careful what you wish for.

Soldier Field is not a kind place for the Vikings, either. If you want to impress your peers sometime this week, explain that the Vikings actually play better at Lambeau Field than Soldier Field. There’s a common misnomer that Green Bay is a house of horrors for the Vikings. Compared to Soldier Field, Lambeau isn’t that bad.

The last time the Vikings sniffed Soldier Field late in a season was 2009, when Minnesota fell 36-30 in overtime, thanks to a Bears touchdown from Devin Aromashodu. After that, the Vikings have traveled to Soldier Field well before the season ends.

The Vikings have never finished a season with back-to-back games on the road versus the Packers and Bears. There will be several firsts this season for Minnesota with a new general manager and head coach.