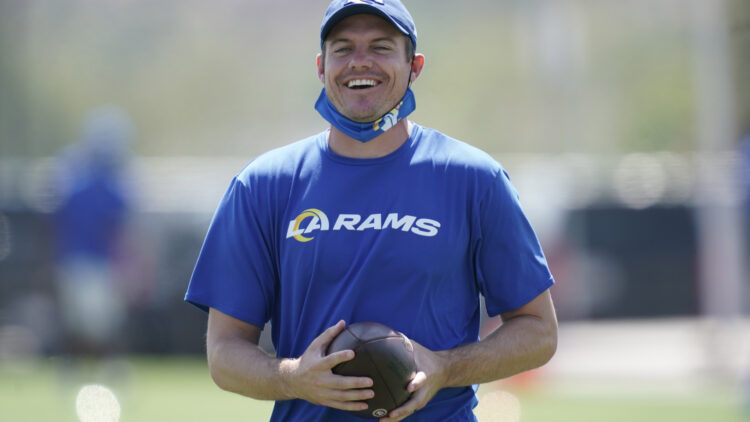 Most Minnesota Vikings fans were ready for a change at head coach and welcomed Mike Zimmer’s firing with open arms.

Offensive coordinator Klint Kubiak then left the same reaction, and Zimmer’s son, Adam, announced this week that he left the Vikings. The rest of the coaching staff was made up of some popular figures many hoped would stick around. Bringing in a new general manager and head coach, it was always likely the Vikings might undergo an almost complete coaching overhaul.

This week fan favorite Andre Patterson was allowed to leave, becoming the defensive line coach for the New York Giants. He followed Ryan Ficken, who did a good job turning around the Vikings special teams in his one year as coordinator, who left to take up the special teams coordinator role for the Los Angeles Chargers. Phil Rauscher left to become offensive line coach and running game coordinator for the Jacksonville Jaguars. And Andre Janocko has gone to be quarterbacks coach for the Chicago Bears.

It seems like the only coach that will be staying is wide receivers coach Keenan McCardell, perhaps helped by vocal support from the players in his group. McCardell only joined the Vikings this past season and has received nothing but praise from Adam Thielen, Justin Jefferson, and others. News started filtering out yesterday that the Vikings plan to keep McCardell in place, which I think is excellent news.

The future of current tight ends coach Brian Pariani is not currently public knowledge. I anticipate he will follow the rest out of the door. As much as fans were ready for a fresh start, some haven’t seemed as prepared as they thought they were when it comes to losing popular figures like coach Patterson.

A fresh start for the Vikings would always include a coaching overhaul, and decisions that won’t be universally popular are needed. That won’t stop with the coaching staff. There are big decisions on highly paid veteran players too upcoming. Will Kirk Cousins, Danielle Hunter, Adam Thielen, and others remain Vikings in 2022?

Kevin O’Connell’s coaching staff is starting to come together. The vastly experienced Ed Donatell will be defensive coordinator, bringing 31 years of NFL coaching experience — a lot of which has been as Vic Fangio’s right-hand man. Chris Rumph will be defensive line coach after fulfilling that role last season for the Chicago Bears.

On offense, Chris Kuper is the new offensive line coach, a young guy who was an assistant in Denver the past three seasons, where he also played for eight seasons as a guard. Curtis Modkins is the last confirmed coach so far. He will be running backs coach and run game coordinator. He’s a coach with lots of experience as offensive coordinator as well as running back coach, and another coach from Denver. Deshea Townsend, the secondary coach for the Chicago Bears for the last three seasons, is the latest name reported to be coming to Minnesota, assuming the same role for the Vikings.

There are still some position coach positions left vacant, and offensive coordinator hasn’t been confirmed — although Wes Phillips seems to be the favorite at the moment, the tight ends coach and passing game coordinator for the Los Angeles Rams. If he is indeed the man the Vikings are looking to bring in, much like O’Connell, an announcement will come after the Super Bowl.

2022 will be a year of change in Minnesota, starting with the Vikings undergoing a coaching overhaul. Where it ends, we will find out soon enough. For those that wanted a fresh start, that’s exactly what we are getting. In Minnesota, times they are a changin’.