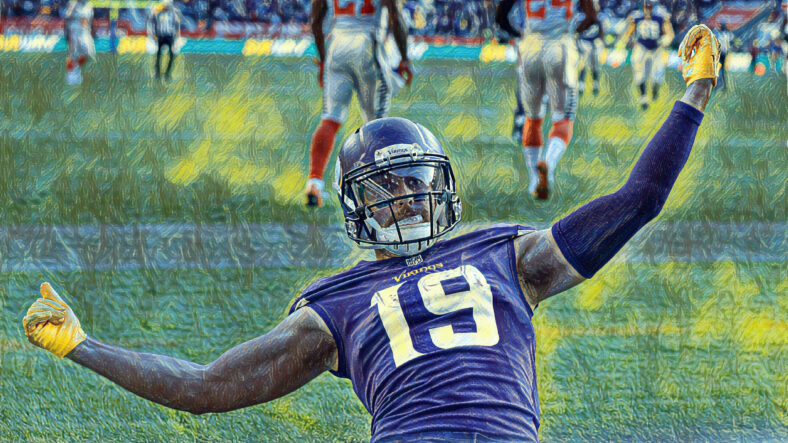 The Minnesota Vikings last played in England during the 2017 season, downing the then-lowly Cleveland Browns at Twickenham Stadium, 33-16.

Fast forward a half-decade, and the Vikings could return to England in 2022 for a regular season game.

The Vikings-Saints in London rumor was extrapolated from the Mackey & Judd Podcast, where KSTP’s Darren Wolfson mentioned the idea, “there is some buzz about the Vikings landing a game in London.”

Minnesota has played regular season games in London twice. The most recent was the aforementioned Browns date in 2017. Before that, the Vikings knocked off Ben Roethlisberger and the Pittsburgh Steelers on September 29th, 2013, at Wembley Stadium. It would be one of head coach Leslie Frazier’s final wins as the leader of the Vikings.

As for the Vikings and Saints potentially locking horns across the sea, well, that rivalry is well-documented.

During the twilight of Drew Brees’ career, the Vikings stymied the Saints playoff hopes — twice. In 2017, Case Keenum and Stefon Diggs authored The Minneapolis Miracle, stunting the Saints sprint to the Super Bowl in astounding fashion. Two years later — in New Orleans — Kyle Rudolph and Kirk Cousins did the same thing, connecting in overtime for a touchdown and thus walking off the heavily-favored Saints.

Therefore, if the Vikings-Saints-British rumor comes to fruition, England will receive a terrific NFC contest, especially as most London games feature lackluster matchups.

Too, if Minnesota ventures to England against the Saints, the contest would qualify as a road affair. The Vikings are on tap for nine home games in 2022, a new twist for the NFL’s shift to 17-game regular seasons. These are the current road opponents for Minnesota:

The NFL schedule will release sometime in May.