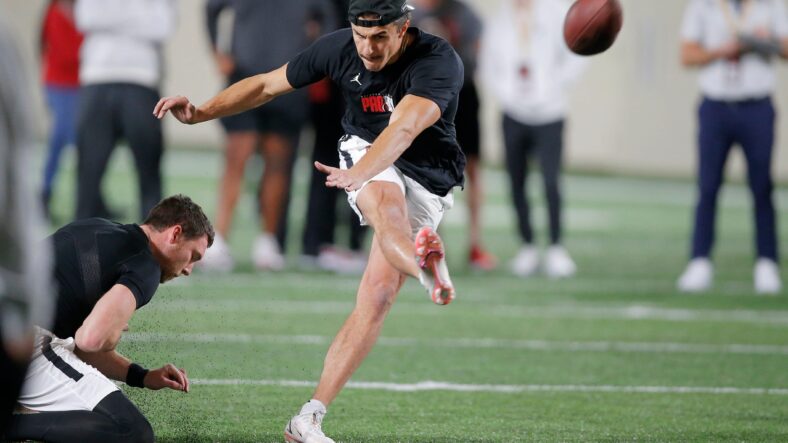 The writing was on the wall for the last few weeks, but the certainty of a kicking competition was solidified on Tuesday.

Joseph is the likely frontrunner as the South African forged a redemptive path in 2022. He connected on 33 of 38 field goals in 2021, even drilling a couple of game-winners after his infamous miss against the Arizona Cardinals in Week 2. He also converted 36 of 40 extra points.

Joseph knocked through seven field goals of 50+ yards on nine tries — a decent percentage for a kicker. For context, Harrison Butker of the Kansas City Chiefs, one of the top kickers in the NFL, was also seven for nine on field-goal attempts of 50+ yards in 2021.

Understandably, Vikings fans were low on Joseph after the aforementioned missed walk-off field goal in Arizona. Minnesota drove down the field for a sure victory over the Cardinals, a team considered a Top 8 squad at the time. But Joseph missed, and the Vikings sunk to 0-2 early in 2021.

For the few months of the current offseason, Joseph was considered the presumed kicker for the 2022 team. Although, his contract has no dead cap hit if the team released him.

Three weeks ago, though, the forecast for Joseph changed. Minnesota signed Gabe Brkic, a rookie from Oklahoma, to a three-year contract. The length of the deal suggests Brkic is a longer-term solution than Joseph.

In college, Brkic was a Lou Groza Award finalist. He connected on 82.6 % of his field goals for the Sooners, even drilling five out of seven from 50+ yards. Brkic was also a reliable converter of extra points, a special teams area that has plagued the Vikings for years. He converted 159 of 160 extra points at Oklahoma (extra points in college are snapped from the three-yardline).

Brkic’s career-long field goal is 56 yards, so he has some distance on his resume.

Minnesota hasn’t nailed down the kicking spot since the good part of the Blair Walsh era concluded. Walsh was a madman — in a good way — to start this career with the Vikings. But in January 2016, he missed a playoff-round-advancing chip shot against the Seattle Seahawks and never recovered. Since then, the Vikings burned through Kai Forbath, Daniel Carlson, Dan Bailey, and now [perhaps] Joseph.

Overall, the saga continues as a kicking battle heads to Eagan once again this summer, this time with a new coaching staff.