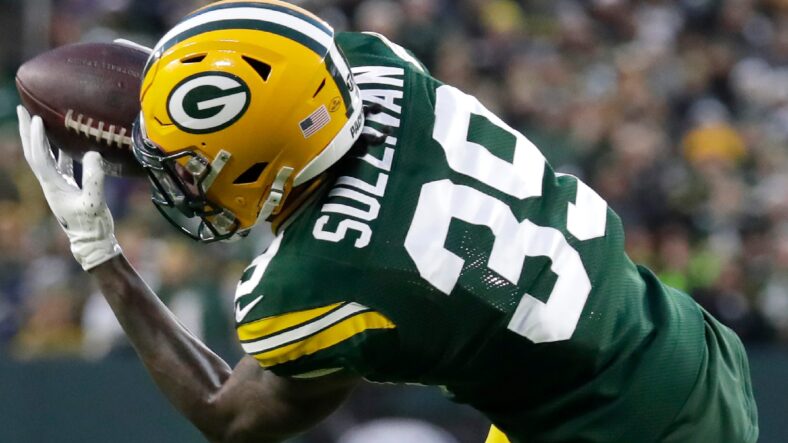 The moment that Vikings fans have been waiting for has arrived. The Vikings finally add to a depleted position group, the cornerback room. However, it is not a name that had been associated or wished for by the fans.

While us fans have been clamoring for Patrick Peterson or Kyle Fuller or Bryce Callahan, the Vikings elected to go a different direction. They are bringing in Chandon Sullivan. Who is Chandon Sullivan you ask? He is a 5th-year cornerback who has spent the last three years with Green Bay Packers.

Yes, another former Green Bay Packer has joined the Vikings. This brings the total list of former Packers up to 4 between coaches and players. The coaches are Mike Pettine and Mike Smith. The players are Za’Darius Smith, who everyone (well, most people) is very excited about, and now Chandon Sullivan.

The signing of Sullivan gives the impression of Pettine bringing in a guy he has coached before rather than bringing in a scheme fit. Although, we should give the coaches the benefit of the doubt before completely bashing this decision. So, what skills does Sullivan bring to the table?

What Does Sullivan Bring to the Cornerback Room?

Chandon Sullivan was an undrafted free agent in 2018 who signed with the Eagles. However, he only made one year with them before being released. After his stint with the Eagles, the Packers signed him. He has been an average player for the Packers over that timeframe.

Although, it is important to note that learning cornerback is the second most difficult, after quarterback, of course. It is an entirely reactive position that requires you to keep up with the best athletes on the field. Therefore, it will take some time for cornerbacks to transition from college-level play to NFL-level.

One thing he does have, though, is instinct and ball skills. Thankfully, Nick Olson has already jumped through the tape to break it down.

Some of the concerns for Sullivan:

Some of the highlights for Sullivan:

What does this mean for the Vikings’ cornerback position? Well, his signing does not add an outside cornerback to play opposite Cam Dantzler. However, he can be a quality slot corner and certainly adds depth to a depleted position at worst.

The most important thing that Chandon Sullivan brings is the frustration from Packer fans. Every time the Vikings bring in a player or coach that once played for the Packers, the fans get in a tizzy. We are living rent-free in their heads.

What Does This Mean for Patrick Peterson?

Ok, here is the bad news. The Vikings had about $16 million in salary-cap space before signing Sullivan. While we wait to find out the details of Sullivan’s contract, it is difficult to imagine having enough cap room to sign Patrick Peterson.

That is not to say impossible, as we have seen Rob Brzezinski work some magic already this offseason. However, if his cap number is anything larger than $2 million, don’t expect to be able to bring Peterson back in the building.

Hopefully, I am wrong. Hopefully, the Vikings find a way to bring him back into the building. His leadership and ability to coach up the young cornerbacks play a significant role in the outcome of this year and the development of our cornerbacks into the future.

However, for now, we have Chandon Sullivan in the building. This is not a bad start to rebuilding a porous secondary.