Vikings Fans Should Be Watching These Players in CFP Championship 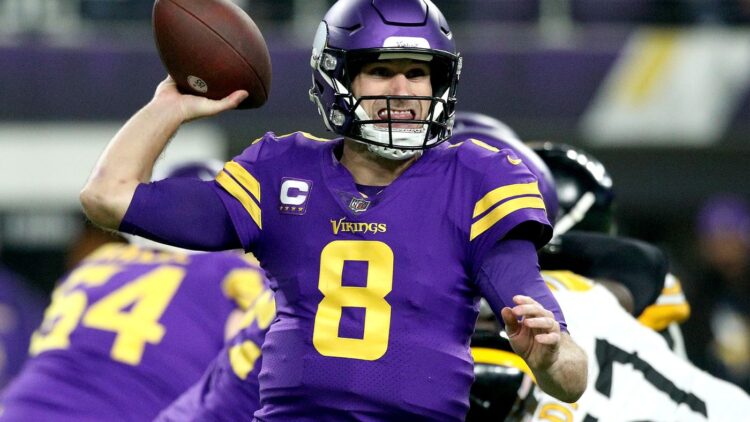 The Minnesota Vikings season is over. The draft position is set. Coaching/front office changes are on the horizon. For now though, the only thing we can do is sit and wait. Tonight, the CFP national championship will be played, and every team in the NFL will have their eyes on talented prospects. Here’s the list of names that Minnesota should be watching.

I’ve laid out a detailed argument for this over on PurplePTSD, but Nakobe Dean would be an excellent fit in the Minnesota Vikings defense. This is even more true than it was when I wrote that draft profile as it’s becoming more and more apparent that Sunday was Anthony Barr’s final game in a Vikings uniform.

Dean has been the anchor of a terrific Georgia defense from the OLB position, and he projects to be a great fit in a starting NFL defense. It’s clear the Vikings are going for a change in culture this offseason, and the Bulldog would be a terrific way to start doing that for the defense.

This is likely more of a second-round option for Minnesota, but again, if the Vikings want to have a serious change this offseason, Jordan Battle is one of the best safety prospects in this draft. He’s no Kyle Hamilton, but Battle has consistently put together outstanding performances for Alabama. He wasa starter for the Roll Tide defense as a freshman, and he has only gotten better since then.

The Vikings have a promising prospect at safety already in Camryn Bynum, but the future of the position still remains murky. Harrison Smith will likely be there next year, barring a trade, but Xavier Woods will hit free agency. We could see a position battle between Battle and Bynum for the final safety spot.

Again, likely a Day Two pick if the Vikings are to land him, but the Vikings need some big help in the secondary this offseason. Every CB that got significant playing time outside of Cam Dantzler and Kris Boyd will hit free agency, leaving a massive void to fill.

There’s a chance someone like Patrick Peterson could return, but at what capacity? The Vikings still need a lot of depth at the position, and Jobe fills that need like he has his entire collegiate career at Alabama. He’s one of the more physical CBs in the class, and you’ll almost certainly see that feisty playstyle tonight.

Noticing a trend here? Tonight’s national championship game has the chance to be a defensive showdown between two historically great units. Adam Anderson is a ferocious pass rusher off the EDGE for Georgia, and those skills will translate well to the NFL.

The Vikings may be moving on from Danielle Hunter, and they will need to make a decision about the group of players currently replacing him and Everson Griffen. Anderson could be a target in the first round by the time April rolls around.

This isn’t for the 2022 NFL Draft, but instead for the future. If in fact the Vikings are turning towards a rebuild, they will likely look for a franchise QB in a future draft. The 2023 class is filled with great talent, but Bryce Young takes the cake as of now.

Additionally, Young is everything Vikings fans have wanted in a QB; he’s mobile, has terrific arm strength, and just has that “it” factor about him. If Alabama is going to win another national title, it will likely come down to his ability to make plays. My bet is he’ll come through.