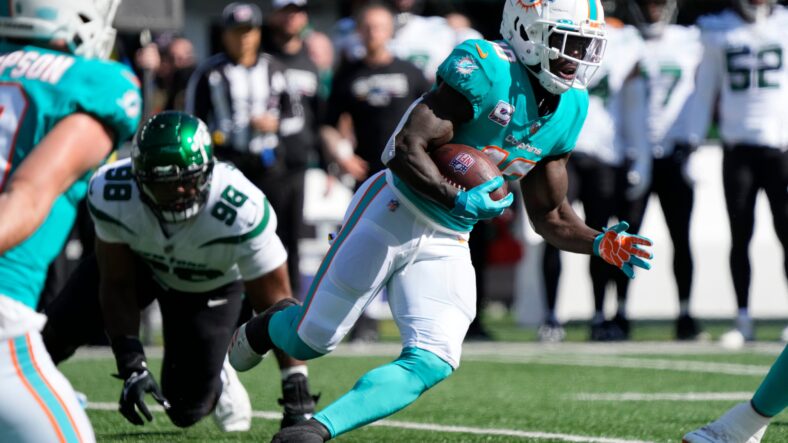 The Minnesota Vikings are headed to South Beach this weekend in a matchup with the Miami Dolphins. As they square off against a talented wide receiver duo, it’s worth wondering if they’ve been tested by anyone this good thus far.

For a Minnesota cornerback room led by veteran Patrick Peterson, this could be their biggest challenge yet. While they have faced quarterbacks such as Jalen Hurts and Aaron Rodgers, you’d be hard-pressed to suggest a better wide receiver tandem has lined up on the opposing side.

Although Tyreek Hill left last week’s game in a walking boot, he’s expected to play in this one, and his teammate Jaylen Waddle is plenty capable on his own. Peterson is certainly the marquee name for Ed Donatell’s defense, but it’s been Cam Dantzler that may have stepped up the most.

Rookie Akalyleb Evans has gotten in multiple full practices following a concussion, and second round pick Andrew Booth returns to the field this week. Being the healthiest the group has been all season, they will be tested like they have not yet been thus far.

It’s hardly fair to include Skylar Thompson among the best quarterbacks Minnesota has seen this year. Even if Tua was starting this game, suggesting he was at the level of either Hurts or Rodgers is beyond a stretch.

However, Hurts has DeVonta Smith and A.J. Brown at his disposal, while Rodges has…well…nothing. Either way, the combination of Hill and Waddle easily trumps anything the Vikings have seen thus far. For Minnesota to come out victorious on Sunday, there’s no greater key to their gameplan than keeping the opposing wide receivers in check.

Waddle and Hill hardly possess the same skillset. As seen with Patrick Mahomes when he played for the Kansas City Chiefs, Hill is a burner that can take the top off the defense. Thomspon doesn’t have the same arm strength as the former Texas Tech signal caller, and that could help Minnesota.

Keeping him to gains underneath and wrapping up tackles before gains get out of hand, will be a massive key to success. Waddle can’t be forgotten as a secondary option, and that will challenge Minnesota’s depth at the position.

Maybe Kevin O’Connell opts to take some air out of the ball utilizing Dalvin Cook and the running game a bit further in this one. There’s no denying that Justin Jefferson, Adam Thielen, and K.J. Osborn will be a focal point in the passing game however, but the Vikings must do their best to keep Miami’s explosive pass-catchers out of the end zone.

This is a big opportunity for the Vikings to set the tone against a tough opponent out of the division, and if they are going to return home with a victory, it will be because they held the best wide receiver tandem they’ve seen thus far in check.