Vikings Can Now Fix OL Misery with Stroke of a Pen 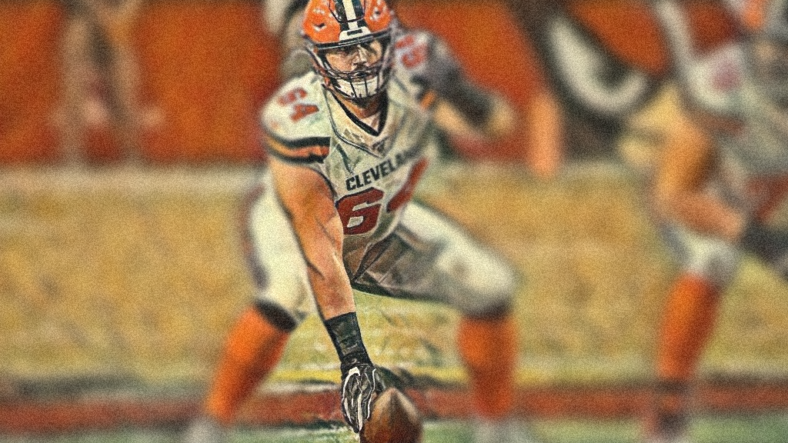 The time has arrived.

If the Minnesota Vikings want it — if the organization can afford it — a sensible path to once-and-for-all solving the longstanding woes for offensive pass protection is attainable.

His name is JC Tretter, and he was reportedly released by the Cleveland Browns on Tuesday.

Tretter played for the team that recently employed new Vikings general manager Kwesi Adofo-Mensah, the Browns. The proverbial “ties” are there for Minnesota to land this gem of an offensive trenchman.

VikingsTerritory has documented ad nauseam the struggles of the Vikings offensive line, a unit formulated to plow running paths for Dalvin Cook while leaving the idea of keeping Kirk Cousins upright an afterthought. As Cousins is not overly mobile, the strategy is gridiron malpractice.

But now, Adofo-Mensah can fix it. Plain and simple. And he can remedy the ordeal with a “character guy,” as the Vikings adore, because Tretter is the president of the NFLPA:

This theoretical move — Tretter to Minnesota — makes all of the sense in the damn world. Garrett Bradbury has not panned out at center, performing admirably in run-blocking but often bullied via pass protection. Tretter doesn’t do bullying.

A former Packer, Tretter was drafted in 2014 out of the 3rd Round by Green Bay. He hasn’t missed a football game in six years. Durability is a skillset for Tretter. Here’s his Pro Football Focus track record:

Unlike most Vikings offensive linemen not named Brian O’Neill, Tretter’s strength is pass-blocking. Pass-blocking is his modus operandi. He has not endured a PFF pass-blocking grade south of 80.0 since 2015. It’s incredible.

If the Vikings sign this man, they can stay in-house with a right guard next to him — Wyatt Davis, anyone? — or sign a decent bargain-bin right guard. A clear path exists to fix this thing, finally.

Tretter earned about $11 million per year with the Browns, a deal signed in 2019.

The real mystery is why the Browns let him walk.