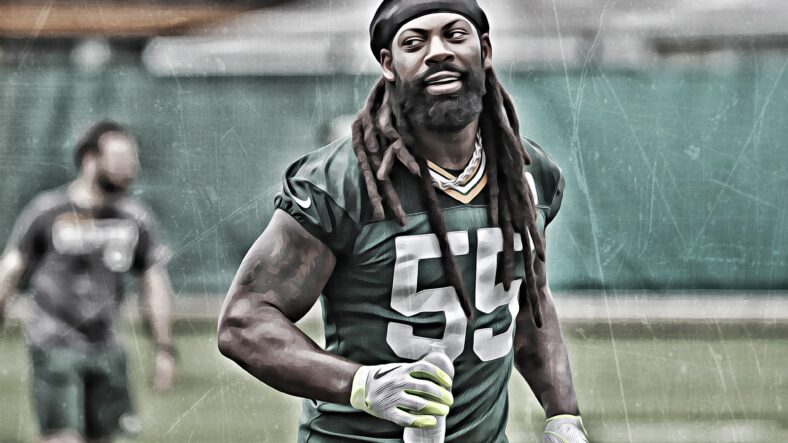 Forty-nine years ago this week, Alice Cooper released the song No More Mr. Nice Guy, and with the Za’Darius Smith signing on Tuesday, the way you think about the 2022 Minnesota Vikings should change as that song plays in the backdrop.

From the moment Minnesota’s ownership terminated Rick Spielman and Mike Zimmer, the group declared the franchise would not rebuild, instead compiling new leadership and a roster to be ultra-competitive in 2022. They were not fibbing.

Still, some considered Mark Wilf’s musings an act of lip service, waiting for an unforeseen moment to renege and blow up the roster. But Wilf was not operating conspiratorially. Indeed, this ownership group always wants to win, ensuring the enterprise doesn’t teeter into irrelevance.

First, the man they hired to run the roster, Kwesi Adofo-Mensah, re-signed Kirk Cousins. While Cousins isn’t universally loved, he does offer the 2022 Vikings a puncher’s chance at the Super Bowl. And Adofo-Mensah re-upped with the 33-year-old at a handsome price, $35 million per season. That should’ve been the first undeniable indicator the team wasn’t lying about fielding a contender in September.

After that, no trades trickled the news wire. Adofo-Mensah conversely retained his core players, mandating a nest egg of talent for the 2022 depth chart. Adam Thielen and Harrison Smith obliged. Had the Vikings “blown it up,” veterans galore would’ve been traded.

And for the main event — Za’Darius Smith.

Minnesota was strapped for cash — a tradition as consistent as the Great Minnesota Get Together — and still found a way to acquire Smith. They “borrowed” from Danielle Hunter, seeking to pair the twosome for quarterback havoc in six months.

Arguably, the Vikings now holster the best EDGE duo and close to the top WR tandem in the world. Franchises with such combos aren’t paying sacks of gold to doublets like these for feces and giggles. The Vikings — for like the sixth season in a row — are all-in, once again.

A billboard should be erected in Minneapolis to reaffirm this for nonbelievers. Teams don’t spend $14 million per year on rival pass rushers to contemplate the future and possibly rebuild.

Of course, it could all flop. Hunter and Smith could succumb to back injuries — they both have a history of the malady — Thielen could get hurt again, and Cousins may not drag a roster sans Hunter, Smith, and Thielen to the postseason. That movie has been broadcast before.

However, Adofo-Mensah isn’t embarking on the 2022 season with fear aforethought. He’s stockpiling men to make a run at February — which should be No More Mr. Nice Guy music to your years because the Vikings have never won a Super Bowl.

If you didn’t believe it before March 22nd, it’s time to realize. Za’Darius Smith entering the big glasshouse on Chicago Avenue reverified the Vikings commitment to contendership.