The Vikings Get 2 Additional Draft Picks in 2023 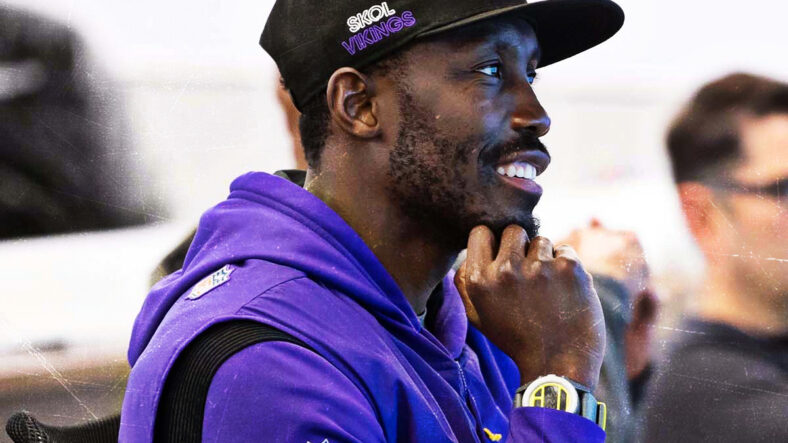 The NFL’s compensatory draft pick formula is a strange animal. But thanks to the process, the Minnesota Vikings will receive two additional picks in the 2023 NFL Draft.

According to NFL.com, the Vikings are on tap for two extra 6th-Round picks next April.

Because safety Xavier Woods bolted to the Carolina Panthers in free agency and center Mason Cole joined the Pittsburgh Steelers, Minnesota is the benefactor of two more 6th-Rounders.

NFL.com’s Lance Zierlein explained the setup back in May, “Adding Phillips helps fortify Minnesota’s defensive front, but it will also cancel compensation for the departure of Conklin to the Jets. The good news, however, is that a couple of sixth-round picks look likely to come the Vikings’ way, with Woods and Cole moving on to two different squads via free agency.”

Woods and Cole each spent one year with the Vikings, the ill-fated 2021 campaign that ultimately caused the terminations of head coach Mike Zimmer and general manager Rick Spielman. Minnesota finished 8-9 and missed the playoffs by a single win.

Well, a consolation prize for Woods and Cole departing is the picks in next year’s draft. The haul is not legendary, but with general manager Kwesi Adofo-Mensah’s wherewithal to trade draft picks — he conducted the most trades of any GM during the 2022 draft — perhaps the 6th-Rounders can be used for a grander purpose.

For perspective, the Vikings used the 6th Round this year to draft offensive tackle Vederian Lowe (Illinois) and Jalen Nailor (Michigan State) — both men who are expected to make the 53-man roster or at least live on the practice squad.

Throughout team history, Minnesota has used the 6th Round to discover some notable players. Matt Birk, Andrew Jordan, Joe Senser, John Sullivan, Robert Tate, Blair Walsh, and Armon Watts were all drafted in Round 6.

According to OverTheCap.com, this is the complex methodology for awarding compensatory picks:

The simple takeaway? Two extra 6th-Rounders are on the way for the Vikings in 2023. The San Francisco 49ers have the most impressive compensatory haul on the way in 2023, landing two 3rd-Rounders, a 5th, and a 7th.