The Vikings Are a Center Away from a Complete Offense 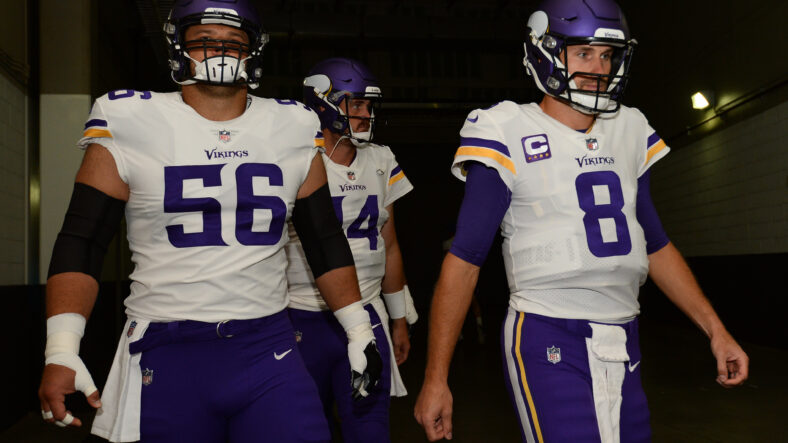 Ever since Kirk Cousins rolled into Minnesota in 2018, along with his lucrative contract, much of the discussion around the Minnesota Vikings has revolved around the offensive line — with the Vikings center position quite literally at the middle of the debate.

Notably, how poor the line has been at protecting the Vikings signal caller during his four years in purple — some claiming “everything needs to be perfect” for Cousins to succeed — is a primary talking point. Cousins has put up the statistics expected of a man being paid so handsomely. Unfortunately for him and the Vikings, it has translated into one winning season and just one playoff victory. Rightly or wrongly, the NFL quarterback will always be judged by the number of wins his team tallies.

Cousins and the Vikings must find a winning formula this year.

The Vikings offense almost has everything any quarterback would want — an elite running back in Dalvin Cook (along with plenty of capable backups), a star wide receiver in Justin Jefferson, and a very good veteran in Adam Thielen. Plus, there is a lot of young receiver talent waiting in the wings. There’s even a dynamic tight end in Irv Smith [when he gets healthy].

Then, there is that offensive line.

The formula the Vikings have used to address the offensive line in recent years has been the draft. Despite signing numerous free agent linemen, Kwesi Adofo-Mensah and Kevin O’Connell also turned to the draft selecting Ed Ingram in the second round. With Ingram looking like the favorite to win the right guard job, the Vikings projected starting offensive line will be composed of draft picks from the first and second rounds. That is impressive. Four of those five looks set to be around for a long time.

Unfortunately, one doesn’t — Garrett Bradbury. Hopes that coach O’Connell could find a way to improve him have evaporated fast. With Chris Reed unlikely to win the battle for the right guard spot, his attention is turning to center. He is familiar with the position, having previously played there in preseason games. However, Reed has never played there in a regular season game. Hampered in recent weeks by an elbow injury, he has been unable to grasp the starting center role. It is unknown if he will play in the upcoming preseason game against the 49ers — a far from ideal scenario for someone hoping to win a job.

Such is the disappointment in Bradbury that a position switch for a player struggling with injury could be preferable. If not, then Austin Schlottman is the other option. A career backup during his time in the league thus far, Schlottman did his cause no harm with a solid outing against the Raiders.

In truth, none of Bradbury, Reed, or Schlottman feels like the long-term answer for the Vikings. JC Tretter is a name that has been mentioned several times as the former Browns center is still without a team. This points toward his injury issues being serious. They could try and trade for a center. However, the likely scenario is to muddle through this season as best they can with what they already have. After that — perhaps try and complete the set in next year’s draft by taking a center in the early rounds.

The Vikings are a center away from a complete offense. When they complete that offensive line, it will bode well for the Vikings quarterback, whether that’s Kirk Cousins or somebody new by the time the Vikings make it happen.