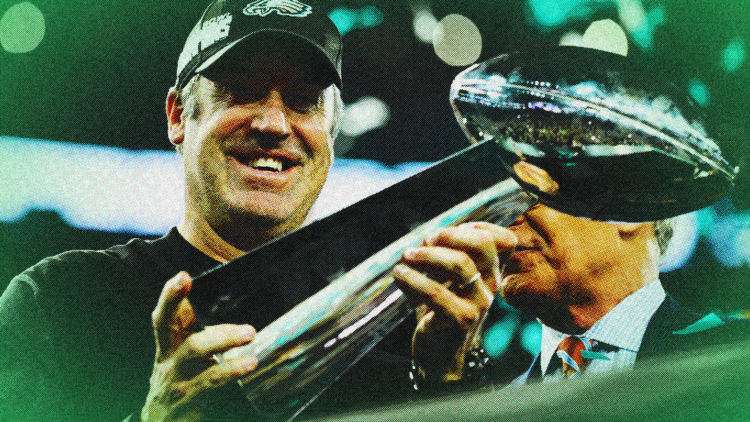 When the Minnesota Vikings ownership terminated Rick Spielman and Mike Zimmer on Monday, the group insisted the new general manager (unknown at the moment) would receive free reign over the decision on the next head coach.

That may still be true, but the franchise already has at least one coach tapped for an interview, according to reports, and that is Doug Pederson.

Pederson led the 2017 Philadelphia Eagles team that gutted the Vikings on national television in the NFC Championship. Philadelphia won the Super Bowl two weeks later in the Vikings building.

Per CBS Sports Jason La Canfora, Minnesota will inevitably and eventually toss Pederson’s name in the hat no matter what happens on the identity of the new general manager.

The interest in Pederson comes as no surprise for a couple of reasons. Foremost, Pederson is “safe.” He is not in the coordinator mold, hungry to prove himself on his first day in the “big job.” Pederson has already led men and done so effectively. If the Wilfs want to break the habit of hiring coordinators — every hire under the current regime involves a man with no head coaching experience in the NFL — Pederson is an apropos target.

Next, what do the Vikings undyingly crave? A Super Bowl. What did Pederson win less than five years ago? One of those.

Tangible proof is in the pudding, implying Pederson can win the chip again. Brad Childress, Leslie Frazier, and Mike Zimmer did not win a championship at the head coach level before, during, or after the Vikings. So, a Pederson hire would indicate the Wilfs tossed on Alice Cooper’s No More Mr. Nice Guy. They’d be inking the guy who’s done the deed — against the Vikings (in part), no less.

With the Eagles — Pederson’s only head coaching gig — Pederson fired up a 42-37-1 (.531) record in five seasons. That’s not quite as good as Mike Zimmer — but Zimmer never won a Super Bowl. Philadelphia was the NFL’s 13th-best franchise via wins and losses on Pederson’s watch. The Vikings were the league’s 10th-best team under Zimmer. Ergo, Pederson would offer consistency — just not quite at the pace of Zimmer, if history is a reasonable indicator.

The Vikings head coach search will expand, rest assured. However, as Pederson is the first man to hit the digital stratosphere for candidates, it shows the Wilfs are heading toward an offensive direction in a man possessing a Super Bowl backbone.

And that ain’t the worst thing in the world.