Some Vikings Players Forecasted to ‘Break Out’ Won’t Make Team 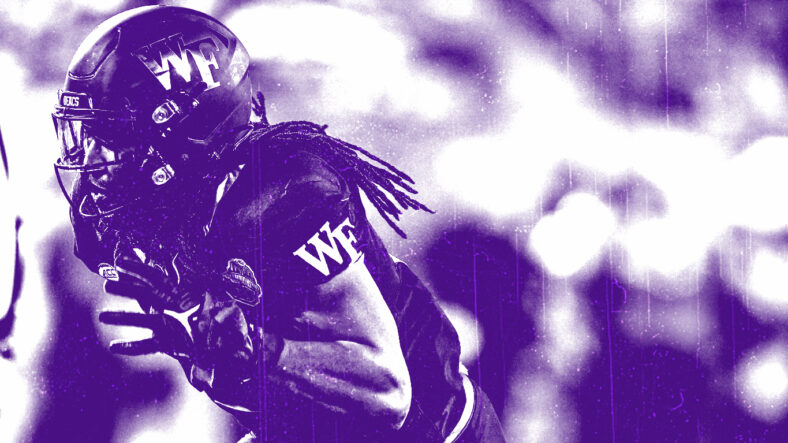 It’s summer, and nearly every Minnesota Vikings player is infallible for roster projection.

The feeling emulates draft season when pundits and fans routinely forecast the upside of a player, when, in reality, only a handful bust out to stardom or become long-term NFL starters.

Accordingly. a few young players on the Vikings roster have the ‘breakout’ adjective attached to their name with training camp about three weeks away. For example, in 2021, second-year wideout K.J. Osborn ascended Minnesota’s depth chart to seize the WR3 job after the team experienced a prolonged drought at the position. Osborn’s 2020 campaign was unremarkable, so when the Miami alumnus showed up in Eagan and dazzled last summer, his emergence was tantalizing.

Indeed, there will be players like that this summer, too, but not all of the players forecasted to break out will do so — or even make the 53-man roster.

Ty Chandler, a running back from North Carolina, is considered by some a mini-breakout candidate. He’s older than RB2 Alexander Mattison — who has already been in the NFL for three seasons — meaning his internal clock suggests on-the-field contributions soon if he’s worth his salt. For Chandler to make the 53-man roster, the Vikings must keep 4-5 running backs or cut someone surprising like the aforementioned Mattison. Of note: The Rams, Kevin O’Connell’s old employer, only kept three running backs on the roster heading into the 2021 season.

James Lynch, a third-year defensive tackle, is adored by some fans, shining with the eternal “upside” label. He’s recorded two sacks on 365 career defensive snaps and was long theorized as a rising commodity with Mike Zimmer leading the Vikings defense. Yet, as the Vikings defense switches to a 3-4 scheme, the verdict is out on Lynch’s sustainability with the franchise because his skillset might be better suited for a 4-3 defense.

Esezi Otomewo, a rookie defensive lineman from the University of Minnesota, is probably “safe” for a roster spot based on his projection from credible pundits. But he, like everyone else, has to actually go out and make the team. The Vikings found Otomewo in the 5th Round of the 2022 NFL Draft and, he was the first Gopher drafted by the team since 2010.

Jaylen Twyman, a second-year defensive tackle, is famous among Vikings fans because of his college resume. He was one of the top linemen in the world before the coronavirus pandemic, but his stock fell as the Pittsburgh alumnus hasn’t played organized football since 2019. Still, Twyman hopes to effectuate a hero’s tale as he was shot multiple times in 2021 and made a full recovery.

Finally — probably because of a cool name — Luiji Vilain from Wake Forest is a rookie EDGE rusher who some feel is “slept on.” Minnesota has a steep canyon from starting EDGE rushers to reservist ones, with Danielle Hunter and Za’Darius Smith as the big names. After that, a hodgepodge of D.J. Wonnum, Patrick Jones II, Janarius Robinson, Andre Mintze, Zach McCloud, and Vilain will fight to earn the situational pass-rushing snaps.

Overall, all five of these men are unlikely to make the team. Some will land on the expanded practice squad; others could be released outright. Why? It’s a numbers game. Take out a pencil and pad of paper, head to this website, and slash this conglomeration of Vikings players to a count of 53.

The task is not easy for Joe Everyman Vikings Fan, nor is it seamless for a coaching staff. Because a lot of the Vikings 53-man roster is already spoken for, the Chandlers, Lynches, Otomewoes, Twymans, and Vilains won’t all make it to September — even if folks believe each is the next big thing.